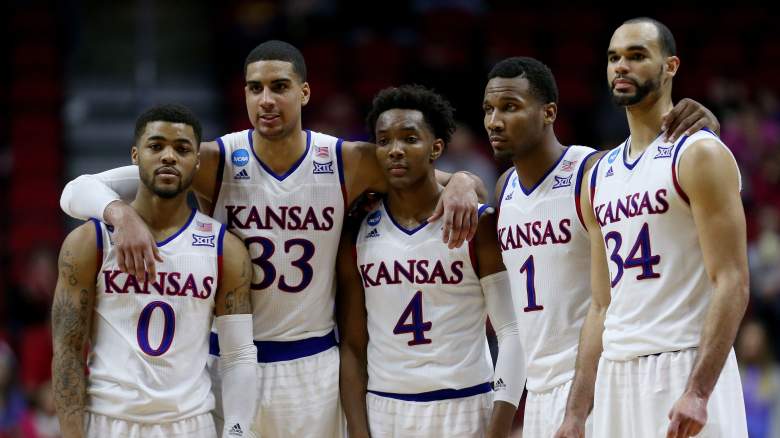 After early exits the last two NCAA tournaments, Kansas is through to the Sweet 16. (Getty)

What could the NCAA tournament possibly have in store for an encore?

The first two rounds of the madness have lived up to the seemingly impossible expectations. There were more Round of 64 upsets than ever before. There have been transcendent individual performances, dominant team efforts and unbelievable buzzer-beaters.

With the stakes now significantly higher, and with the way the wacky, unpredictable and unique season has played out thus far, this year’s Sweet 16 has the chance to be truly special.

Here’s a full look at when and where everyone will be playing. You can also click here for our picks and predictions for each game.

Read More
College Basketball, March Madness 2016
After an unforgettable first weekend at the NCAA tournament, the Sweet 16 has a chance to be special. Find out when and where to watch all the games.