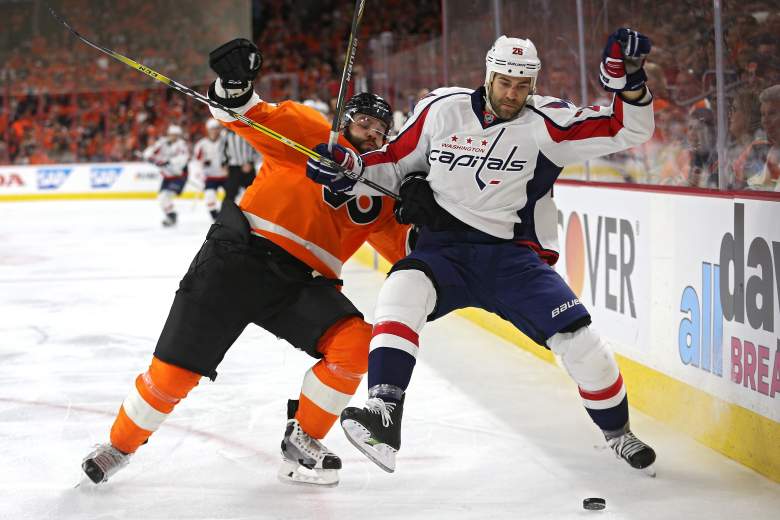 The Washington Capitals are, once again, one win away from clinching the series against the Philadelphia Flyers. (Getty)

Well, they’re not dead yet.

The Philadelphia Flyers grabbed a much-needed victory on Wednesday night – they even scored on the power play – to keep the series alive against the Washington Capitals, but now the Wild Card squad is facing yet another win-or-go-home situation. And this time they’re doing it on the road.

Michal Neuvirith was exactly what Philadelphia needed in net, making his first meaningful start since March 16th. Although he didn’t face many shots early on, Neuvirith took on 13 shots in the third period and stopped all but one. It’s likely he’ll get the start again tonight.

Puck drop is slated for 7 p.m. ET and the game is being nationally broadcast on NBCSN. Don’t worry if you wont’ be near a TV though or even near a computer. We’ve got ways to stream the game online and on mobile:

Henrik Lundqvist’s Family: The Pictures You Need to See

Read More
Hockey, NHL
The Flyers aren't quite dead yet, but now they're going to have to win, again, on the road. Here's how to catch all the Game 5 action.