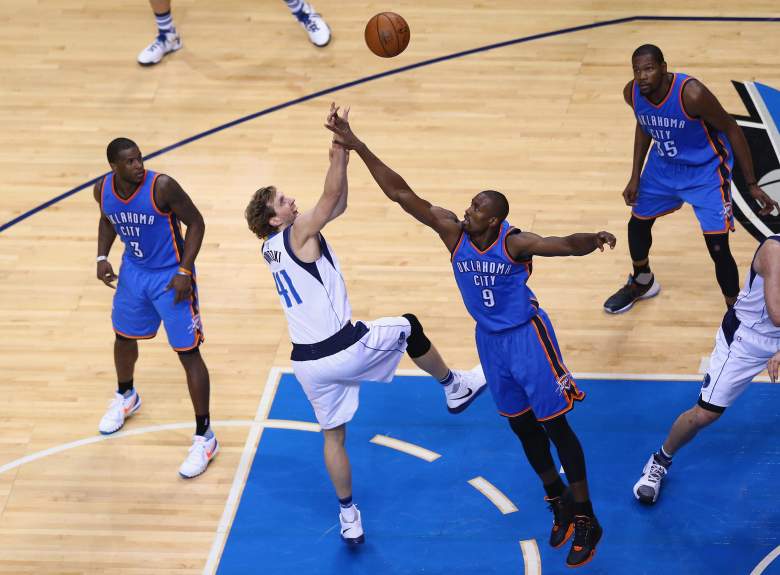 The Oklahoma City Thunder take on the Dallas Mavericks in the first round of the NBA playoffs. The series begins in Oklahoma City on Saturday, April 16.

Here’s a look at the schedule.

Oklahoma City swept their four games against the Mavericks this season. The Thunder have so much offensive firepower that it could prove difficult for the Mavericks to be able to counter Westbrook and Durant in the series.

There will be games in the series that will be competitive, but we see the Thunder making it difficult for the Mavericks to advance. Much of the attention in the West has been on the Spurs and Warriors but Oklahoma City is as healthy as they have been the past few seasons.

Read More
Basketball, NBA, NBA Playoffs
Find out all the details about the Oklahoma City Thunder and Dallas Mavericks first round playoff series.