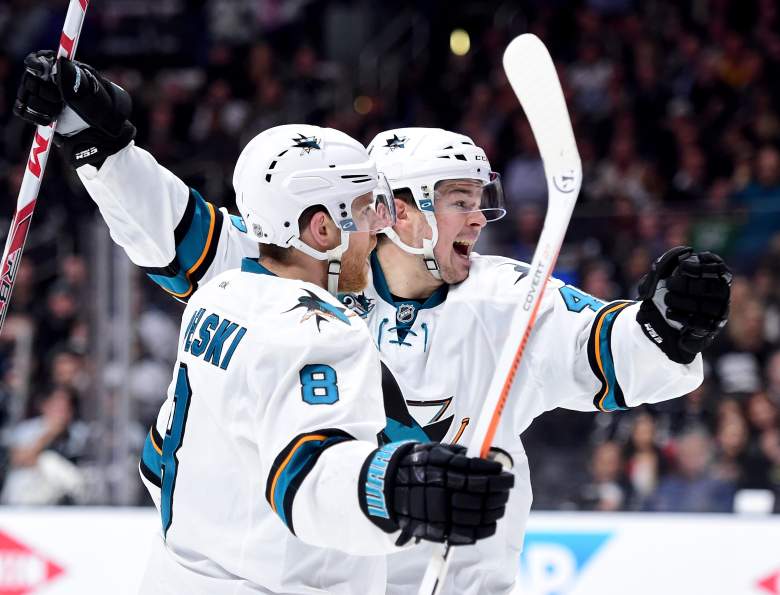 The San Jose Sharks jumped out to an early series lead on Thursday and look to keep rolling in Game 2. (Getty)

We knew it would be close, but we have to admit, we weren’t quite ready for a series that was this close.

The San Jose Sharks grabbed a somewhat surprising 4-3 victory on the road on Thursday, jumping out to a one-game lead over the Los Angles Kings and the first postseason matchup between these Pacific rivals was nothing short of crazy.

It was also fun to watch.

So, let’s do it again, why don’t we? Sure. Game 2 of the Western Conference quarterfinal is slated to get underway at 10:30 p.m. ET and is being nationally broadcast in the United States on NBCSN.

Don’t worry if you wont’ be near a TV though when this one gets underway. We’ve got plenty of options to stream the game online and on mobile:

Read More
Hockey, NHL
San Jose grabbed a dramatic one-goal victory on Thursday night and now the Sharks are looking to notch a two-game lead on the road. Here's how to watch.