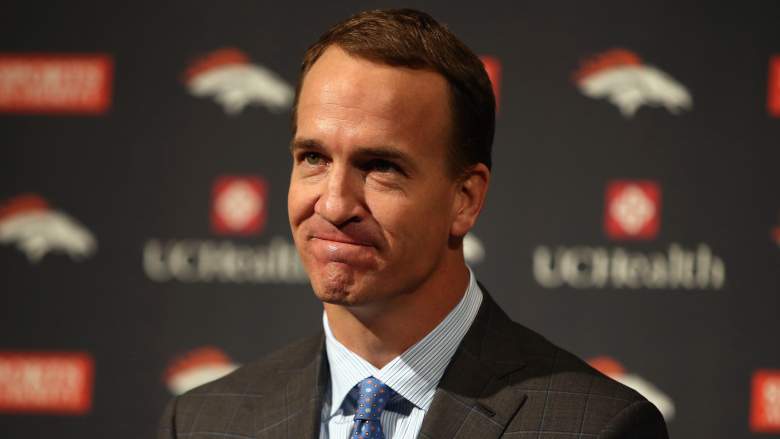 Gatorade is paying tribute to Peyton Manning with a new commercial. (Getty)

Newly-retired Peyton Manning is getting the royal treatment from Gatorade.

It’s no secret that Gatorade has always honored some of the biggest sports stars in their ads — Michael Jordan, Derek Jeter and Tiger Woods come to mind.

The two-minute spot, which will debut during Thursday’s first round of the 2016 NFL Draft, shows some of Manning’s closest friends reading hand-written letters the future Hall of Fame quarterback wrote to them over his 18-year career. Featured is Jeter, brother Eli Manning, former coach Tony Dungy and ex-teammates, including Jeff Saturday.

Check out the commercial below: