NOTE: Users looking to watch Fabricio Werdum vs. Stipe Miocic, Jacare Souza vs. Vitor Belfort, the debut of Cris Cyborg and all of the UFC 198 main card can click here to order the event

This is one that MMA fans have been anticipating for a long time.

Cristiane “Cyborg” Justino, the former Strikeforce and Invicta FC featherweight champ who is widely regarded as the most dangerous women’s fighter on the planet, is set to make her UFC debut in her hometown of Curitiba, Brazil, at UFC 198.

It’s not against Ronda Rousey, as many have wished to see for a long time, but it’ll still be exciting to see her step inside the Octagon for the first time. Here’s everything you need to know:

Time: PPV starts at 10 p.m. ET. Cyborg vs. Smith is third on the card, so it will start around 11 p.m. ET depending on how the first two fights go

Live Stream: UFC.tv. You can click here for a complete rundown of how to watch the action live online 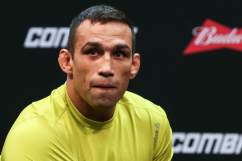 How to Order UFC 198 Werdum vs. Miocic PPV Online & on TV 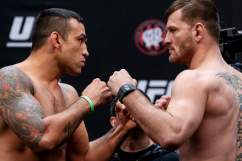 UFC 198 Werdum vs Miocic Live Stream: How to Watch Online

Find out how to watch UFC 198 in Spanish at AhoraMismo.com:

Read More
Cris Cyborg, UFC
Cris Cyborg makes her anticipated UFC debut against Leslie Smith at UFC 198 on Saturday night. Here's the full rundown of when and where to watch.