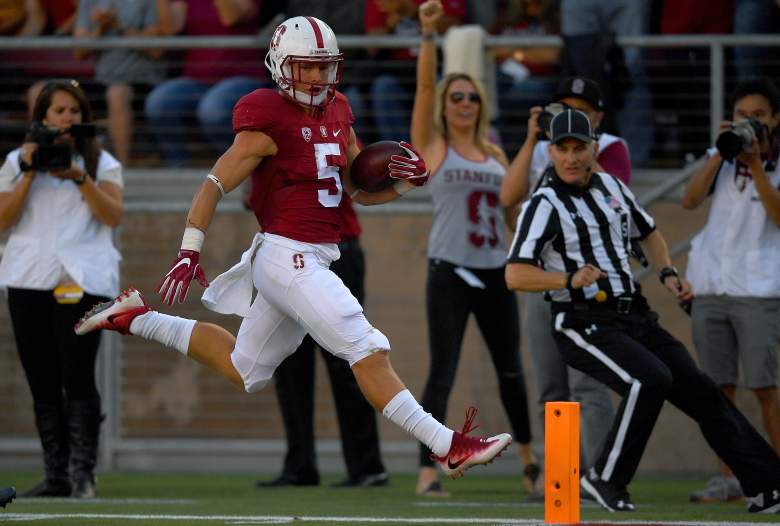 Stanford takes on UCLA in a Pac-12 primetime showdown. According to OddsShark, Stanford is favored by 3 points and the over-under is set at 46 points.

The OddsShark computer projects a close contest with Stanford pulling out a 32.4-29.6 victory. The computer is taking UCLA against the points and the over on the point total.

Stanford has played just two games this season but both were against solid opponents. The Cardinal are 2-0 with wins against Kansas State and USC. This will mark their first road game of the season.

After losing their opening game to Texas A&M, UCLA pulled off victories against UNLV and BYU. The Bruins are led by sophomore quarterback Josh Rosen. Rosen started last season as a true freshman throwing for 3,670 yards and 23 touchdowns.

Heavy sees McCaffrey having a follow up performance today against another Los Angeles college football team. Stanford’s defense has a chance to contain Rosen, and we like Stanford’s chances in this one.