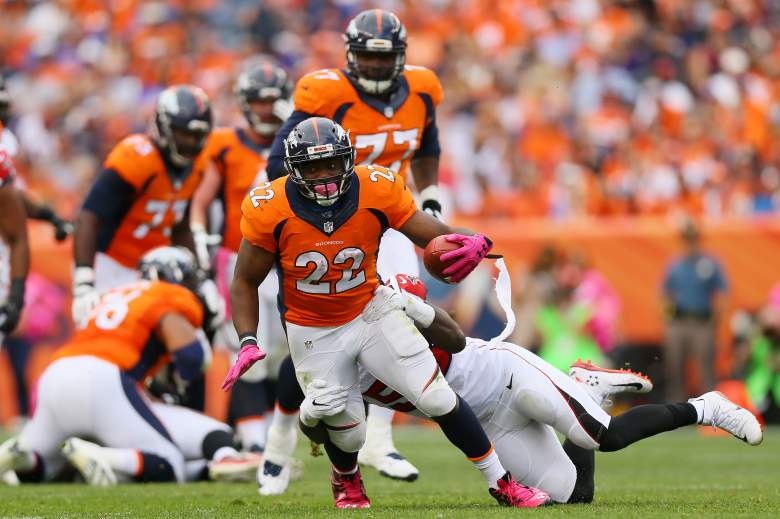 The Broncos battle the Chargers on Thursday Night Football. (Getty)

The Denver Broncos take on the San Diego Chargers tonight on Thursday Night Football. Both CBS and NFL Network will be broadcasting the game. The game kicks off at 8:25 p.m. Eastern.

TV Channel: The game will be broadcast on both CBS and NFL Network.

Line: Denver by 3.5 (Line is courtesy of OddsShark and is subject to change.)

Game Preview: The Broncos enter this AFC West matchup at 4-1 while the Chargers are 1-4. San Diego is badly in need of a victory after losing four games this season by six points or less.

Denver is coming off their first loss of the season to the Falcons. The Broncos are expected to get back starting quarterback Trevor Siemian for tonight’s contest. Paxton Lynch filled in for Siemian in Week 5 but struggled in his first full NFL game.

Denver will look to stay atop the AFC West with a win while the Chargers try to salvage their season with an upset victory. One key matchup to watch is how the Chargers offense is able to play against the stout Broncos defense.