Patriots quarterback Tom Brady showed off his fifth ring and took a swipe at NFL commissioner Roger Goodell in a local TV ad that aired after New England’s Super Bowl victory. You can watch the ad above.

Brady appeared in the commercial for Shields MRI & Health Care, filmed before the victory, wearing his four rings. After an employee tells him to put his jewelry in a locker so he can get an MRI, he pulls out a fifth ring and tells the employee, “it’s kind of new.”

She replies, “We’re going to have to get you a bigger locker.”

He then takes a shot at Goodell, who suspended him from the league for four games over Deflategate, by answering, “Roger that.”

The commercial was directed by Bobby Farrelly, according to Patriots.com.

“Tom Brady, quite simply, is the greatest of all time. Any commercial director would jump at the opportunity to work with him,” Farrelly said in a statement.

Brady previously worked with Farrelly, known for his work alongside his brother, Peter, in the comedy “Stuck on You.”

Actress and Wellesley, Massachusetts, native Erin O’Reilly stars alongside Brady in the commercial, according to WHDH-TV.

“Oh my god. my husband almost exploded and we were running around. ‘Tom Brady! Can you believe it’s going to be Tom Brady!” I mean it was just huge. We love Tom Brady,” she told the news station.

The ad is an updated version of a commercial that began airing in October 2016.

In the first ad, the employee asks Brady, “is that all?” after he puts his four Super Bowl rings in the locker, and he replies, “for now.”

On Sunday, Goodell awkwardly handed over the Most Valuable Player trophy to Brady after the Patriots victory. New England fans in Houston loudly booed the commissioner before the trophy presentation.

And Patriots owner Robert Kraft made reference to Goodell and Deflategate during the ceremony, calling the win the “sweetest” of the five championships.

“Two years ago we won out fourth Super Bowl down in Arizona and I told our fans that was the sweetest one of all,” Kraft said after taking the Lombardi Trophy from Terry Bradshaw. “But a lot has transpired during the last two years, and I don’t think that needs any explanation. But I want to say to our fans, our brilliant coaching staff our amazing players who were so spectacular: This is unequivocally the sweetest.”

Shields, based in Quincy, Massachusetts, is the official MRI provider of the Patriots. According to CBS Boston, the ads are the first Brady has ever done for a local company.

“Brady for the win! Five rings for Tom Brady and he’s ready for that bigger locker at Shields MRI. We’re proud to team up with Tom Brady to highlight the quality we provide clients and partners. … #RogerThat” Shields says on its website.

“I have been extremely fortunate over the years to be surrounded by professionals of the highest quality – the best coaches, teammates and trainers. And my approach to health care is no different – I want the best there is,” Brady said in a statement. “Shields MRI has been a great partner for me over the years because they provide exceptional service.” 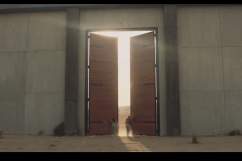