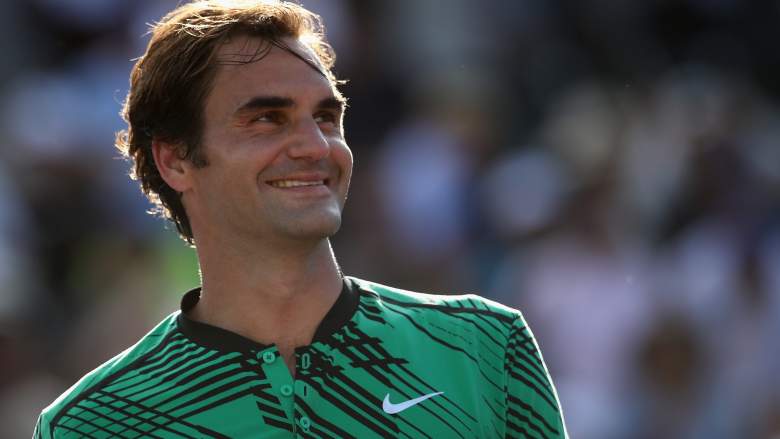 It’ll be the past and present vs. the future in the second semifinal at the 2017 Miami Masters on Friday night, as Roger Federer takes on Nick Kyrgios.

Fed-Ex was pushed to the brink in the quarters by Tomas Berdych but ultimately saved a pair of match points in the final-set tiebreaker, coming back to improve his 2017 record to an astounding 17-1. Kyrgios, meanwhile, made his usual array of jaw-dropping shots and tweeners en route to beating fellow young star Alexander Zverev in a thrilling three-set battle.

Here’s everything you need to know to watch the anticipated semi:

Federer and Kyrgios were scheduled to face each other at Indian Wells last week, but a bout of food poisoning for the Australian gave Federer the walkover. That leaves their 2015 Madrid Masters instant classic as their only head-to-head meeting, as Kyrgios earned the entertaining 6-7(2), 7-6(5), 7-6(12) victory in that one.

Even before he knew who his opponent would be, Federer knew this semifinal was going to be must-watch action.

A win on Friday night would advance Federer to his first Miami final since 2006, while Kyrgios has a chance to reach his first-ever Masters 1000 final.

Still, despite the polar opposite resumes, the way each is playing right now makes this easily one of the most compelling matchups of the tournament.