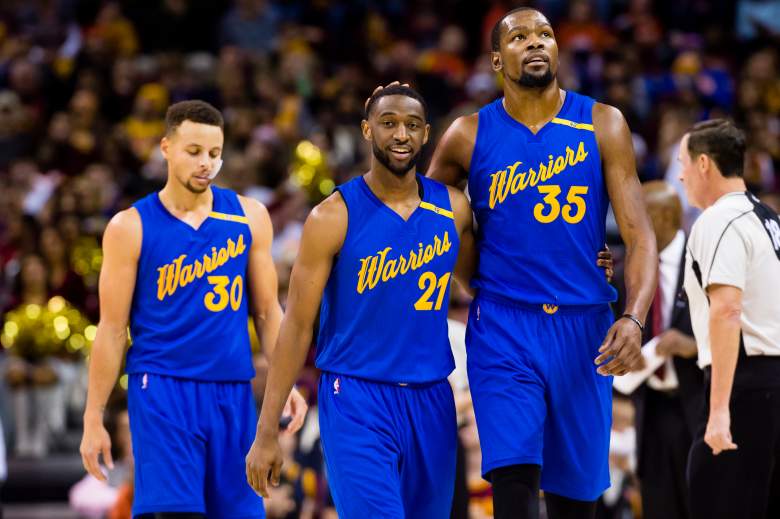 The Warriors will look a bit different with Kevin Durant out for the regular season. (Getty)

The Warriors received good and bad news at the same time. All signs point to Durant making a return, but it likely will not be until the playoffs. Durant has a strained MCL which will force him to miss the remainder of the regular season. An optimistic assessment has Durant back for the start of the playoff but there are no guarantees.

Overall, this is good news for Golden State as many feared Durant could be out for the playoffs. In the meantime, the Warriors will need other players to play well in expanded roles with Durant on the sidelines. Golden State still has plenty of talent that make them the favorite to hold off the Spurs for the top seed in the West.

Golden State is four games up on the Spurs as March begins. Here’s a look at the projected starting lineup with Durant out.

Iguodala is likely to be inserted into the starting lineup. The Warriors are in the mix to sign additional players who become available after their respective teams chose to buy out their contracts after the trade deadline. Jose Calderon had committed to signing with the Warriors once he cleared waivers. According to ESPN, the Warriors will sign and waive Calderon to allow them to sign Matt Barnes who has agreed to join Golden State.

Here’s a look at the Warriors roster and depth chart with the addition of Barnes.

Barnes gives the Warriors depth at forward with Durant’s injury, toughness and experience as Golden State makes their stretch run without their star forward. 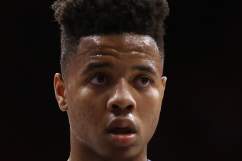