Not another one! Has Kate Gosselin officially joined Paula Deen in the media as an alleged rising celebrity racist?

I can’t even…“@FireMom: Dear @kateplusmy8, Making Slanty-Eyes is Not Good For Your Asian Kids http://t.co/K9Z5C2tIVC

You heard right — reality TV star from Jon & Kate Plus 8, Kate Gosselin, was caught making some pretty weird faces on Twitter… including one where she slants the sides of her eyes with her hands. But, what’s the real story behind the picture? If there is one at all… Not only did this photo leak without Kate’s permission, but, it actually wasn’t meant to be racist. After all, the mother of 8 has half-Korean children with ex-husband Jon, co-star of her reality TV show. What then, was Kate’s reason for the photo?

According to BabyCenter Blog, Kate claims the picture was taken out of context. At the time, her and then husband Jon were fooling around with an Asian dress up wig and the picture had resulted. In defense of herself, Kate’s exact words were:

Naturally, I ‘slanted’ my eyes to show him my best Asian impression, which made him smile.

Evidently, a fan sent it for me to wear so that I too could ‘be Asian’ like the rest of my family. At that time, a common topic of our show was ‘everybody’s Asian’ — except for mommy, so a thoughtful fan figured she’d help me look Asian too!

Ah, we’re relieved to hear that the photo was nothing malicious after all. Kate further reflects on the photo rumors and her marriage with Jon, saying:

I married an Asian. I have eight biracial children therefore I’m quite certain that I’m the last person that could be called a racist.

Kate may have a good point there. Good thing this was just a false alarm! 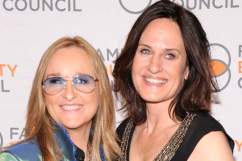 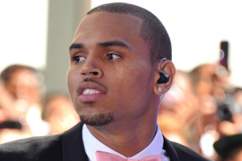