Celebrities take to Twitter as always, but this time it’s to comment on gay rights in light of the Supreme Court dismissing DOMA’s Proposition 8 supporting gay marriage. President Clinton signed DOMA (The Defense of Marriage Act) in 1996 and it has finally been thrown out! The Supreme Court declares DOMA “unconstitutional as a deprivation of the equal liberty of persons that is protected by the 5th amendment”. Equality for all! Take a look at all the celebrities who are celebrating!

If you're gay married in California your gay marriage is now legal. Good. #allmarriageisabitgay

DOMA and Prop 8 should get married.

Remember the old days when #DOMA was around and gay people couldn't get married in California? Crazy right!?

#SCOTUS I am praying for good news tomorrow.PLEASE let tomorrow be a day of celebrating #Equality #NOH8 #DOMA #prop8

Thinking about the prop8 decision coming in tom from #SCOTUS. Dreaming of #equality truly being for ALL. Our #love, & our hearts, are equal.

The US Supreme Court rules on Prop 8 and the Defense of Marriage Act tomorrow. Change your avatar to show your support for equality!

I guess the Prop 8 & DOMA decisions are headlining SCOTUS FEST

All though I most likely will not sleep #DOMA is the only thing on my mind praying that The Supreme Court makes marriage = for all!

Big morning ahead! Rulings on #Prop8 and #DOMA. Gotta get to bed and rest up… Hopefully for my wedding! #marriage4all #MarriageEquality

DOMA & PROP 8 BOTH STRUCK DOWN! CONGRATS LGBT, it's about damn time! #HUGE

Down w DOMA! Something to be very proud of this upcoming July 4th. We are making beautiful progress for Equality! #proud

I never dreamed I would see this day. The whole world has changed for us all. I can't believe it!! #DOMA #Equality

Hurray for all Americans and good riddance to DOMA. It's a new day. A happy day.

Mazel Tov! http://t.co/nQq5v8qvAj we are on our way children.

What a glorious day! #DOMA struck down by Supreme Court as unconstitutional! A huge thank you to all those who fought for us & supported us.

Will America receive a 10 AM wake-up call for the death of DOMA or am I dreaming? 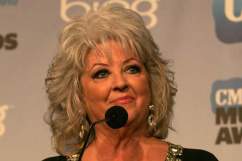