Miley Cyrus recently took it all (and we mean ALL) off for the cameras when she posed naked for a t-shirt line by Marc Jacobs. In the official t-shirt logo, she’s butt-naked — covering only, of course, her hoohah and part of her tatas with bold-faced lettering.

Either way, fans love it — and so does Miley’s own mom, Tish Cyrus, apparently!

According to Twitter, the line of t-shirts sold out immediately. Good thing both her and Miley got one in time… But, the shirts are back up for sale since they were in such demand, so get yours fast!

Shortly after the t-shirts were released, Miley tweeted:

So in a day y'all crashed the site & bought up ALL the tees! I can't quit smiling! Y'all made a difference in so many lives! So grateful ❤

Why did she agree to do it? Besides the chance to show off her incredible body, the line is meant to cause awareness for skin cancer. The money raised from the t-shirts, according to The Huffington Post, is intended to raise money for the New York University Skin Cancer Institute. Basically, it’s meant to encourage fans to cover up their tushies while they’re out chilling in the sun. Except, Miley probably won’t be covering her tush anytime soon. In the words of Jay-Z, she’s probably out “somewhere in America” twerking right now.

@MileyCyrus we love it, thanks so much for getting naked for charity! @NYULMC have you seen this?!?

As a result of the positive outcome of the t-shirts, Miley wasn’t shy to announce on Twitter how much her fans meant to her and how proud of them she was for supporting her cause and creating a difference in the world.

Order now if you want to wear the shameless star’s naked body on you everywhere you go!

Was it REALLY necessary for Miley Cyrus to plaster her naked body on a tshirt? Im all for SPF but don't need her nude self as a reminder… 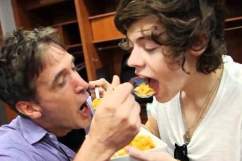 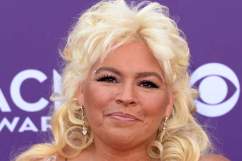