25-year-old Analeigh Tipton is about to hit the big screen in the new film, Lucy, starring Scarlett Johansson and Morgan Freeman. The ice skater turned model turned actress is quickly becoming a familiar Hollywood face, and has quite the interesting background as well.

Tipton got the part in Crazy, Stupid, Love after working on a scene from the film in an acting class at New York Film’s Academy Film School program in LA. She loved the character of Jessica and immediately called up her agents to see if she could audition for the film. She landed the audition and the role soon after.

Tipton played Jessica, the babysitter, in the movie. She was the the apple of Robbie’s eye, even though she lusted after Cal, played by Steve Carell. Her appearance in the movie earned her the title of one of the New York Time’s Faces to Watch.

2. She Placed Third in Cycle 11 of ‘America’s Next Top Model’

In 2008, Tipton walked in LA’s Fashion Week for designer Kelly Nishimoto. She was later recruited to audition for Top Model through her Myspace account. Tipton is infamous for behaving very friendly on the show– she was not as dramatic as past contestants have been, and if anything, was too clumsy for her own good. She told The Daily Beast,

I tried modeling, but I really didn’t enjoy it. I showed up to most of my shows in Birkenstocks and T shirts, and it just wasn’t my world. I was never graceful in modeling.

Tyra Banks eliminated the aspiring model because she thought she should pursue acting, and it seems like she was right.
Tipton finished third in the 11th cycle of the series. After being kicked off, she signed with Ford Models and appeared in a multipage spread in Maxim.

3. She Was a Champion Figure Skater

Growing up, Tipton was always on the ice. She began skating at age 2 1/2 and in no time was competing in regional competitions. At age 8, Tipton moved to Sacramento where she was home-schooled and lived with her skating coach to allow for more practice time in the rink. She competed in the US Figure Skating Championships and won the regional championships twice before retiring from the sport at age 16.

I was really good at being pretty on the ice, but when it came to jumping, I think I landed more on my bottom than I did anywhere else. We even went to a doctor to see how tall I would get. They said I was going to be 5-4, and when I was 16, I woke up and I was nearly 5-10.

4. She Was Almost Sold to a Saudi Arabian Prince

When Tipton was 17, she moved to LA to pursue a film career. While at the gym one day, she was approached by a woman who claimed she wanted to sign Tipton to her modeling agency. The woman arranged a dinner for the youngin to meet people who she claimed were in the industry, but were actually trying to sell her to a Saudi Arabian prince. After the dinner date, Tipton received numerous phone calls from these people, saying she needed to come to Saudi Arabia to be the prince’s wife. She told the Daily Beast that she managed to sneak her way out of the situation before any deals were finalized.

In late 2013, it was announced that Tipton was engaged to her boyfriend, Aaron McManus. The couple had been dating for six years. Tipton posted the announcement in December 2013 with the comment:

If life was expected, love would be bound to an ideal unattainable to any of us. Thankfully, life and love is filled with unexpected beauty.

The post has since been removed, but featured Tipton showing off her engagement ring. 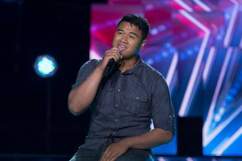 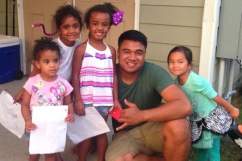