For years, the crew consisting of Leonardo, Michelangelo, Donatello and Raphael have been included in several comic books, TV shows, action figures, video games and even undergarments. Over the years, their physical attributes have received a few changes here and there. This infographic posted below (a special shout out goes to Halloween Costumes for creating this one!) features all of the Turtles many mutations over the years.

Before you go see the new film, make sure you get familiar with the many mutations of the Teenage Mutant Ninja Turtles!

Check out this video version of the infographic posted above on the legendary Teenage Mutant Ninja Turtles! 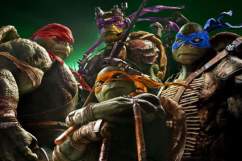