On the Real Housewives of Atlanta, we’ve seen Kandi Burruss buy her mother Mama Joyce a brand new house down the street from her own house. This is after Burruss had already given her previous mansion to her mother. Mama Joyce never moved into the house and said she wasn’t fond of living so far away from her daughter. Mama Joyce is a tough woman and often butts heads with Burruss’ husband Todd Tucker, so moving close by probably wasn’t the easiest thing for Tucker to get used to. Nonetheless, with Burruss buying her mother a new home, this left her with the task of leasing out or selling her original house. Mama Joyce told her daughter that her boyfriend Benny had decided to do renovations on the house, but when Burruss checked it out, the house was practically demolished and had tens of thousands of dollars in repairs needed. Burruss was not happy and felt taken advantage of … So who is this boyfriend that tore up Burruss’ property?

Mama Joyce has been dating a man named Benny for at least two years, based on reports, and he accompanied her to her daughter’s musical production, which we saw on RHOA. He also was Mama Joyce’s date to her daughter’s wedding. When MStarz asked Mama Joyce, in January 2014, if she was dating, her reply was:

Yes I am, it’s somebody that I have known for years. We starting dating about a year in a half ago.

Joyce has stated that Burruss likes her boyfriend. However, there were reports that Benny was the man that Joyce had asked to set up her daughter’s husband. When Burruss and Tucker were engaged, Joyce had been spreading rumors about Tucker and allegedly planned to set him up as a cheater so that her daughter would break up with him. Joyce has denied to Cocoa Fab that she was going to have her boyfriend Benny set up Tucker, stating:

It was really hard for me to watch the last episode for one thing because they were lying on me so that was the hardest part. I never once asked this guy, Benny, to set Todd up.

This is what Mama Joyce did admit to though: 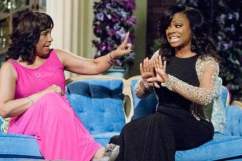 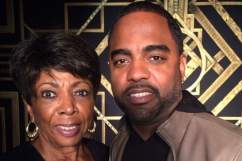