Just one more reason why you need to tune in to the #MenTellAll – Ben Z.! #TheBachelorette

Tonight, the 2015 cast of contestants return to The Bachelorette for the “Men Tell All” episode and we get caught up with some of our favorite (and least favorite) guys. The official synopsis of the episode reads:

It’s an exciting, unpredictable reunion viewers won’t want to miss as the most memorable bachelors from this season – including Ben H., Ben Z., Chris “Cupcake,” Ian and Jared — return to confront each other and Kaitlyn one last time on national television to dish the dirt and tell their side of the story.

Check out the latest updates on some of the contestants below.

– Tanner Tolbert appears on Bachelor In Paradise and, according to Bachelor guru Reality Steve, Tanner gets engaged to Jade Roper.

– Ben Zorn is a favorite and women love to watch him on the show. He still says he hasn’t cried since his mother’s death years ago, but he does admit that participating in the Irish wake group date made him close his heart on the show.

– Jared Haibon has had a rough time trying to get over Kaitlyn Bristowe, but he is a cast member on Bachelor In Paradise. Unfortunately, he doesn’t find true love on that show either.

– Ben Higgins is the new Bachelor. He may be only 26 years old, but he’s poised, articulate, and a hottie. He also handles his hot seat time with Bristowe on the “Tell All” episode with class.

– Clint Arlis and JJ Lane had the famous “bromance” this season, but the two insist it was just friendship between the two of them. They are both straight, homosexual men.

– Ian Thomson felt bad about the way he said goodbye to Kaitlyn Bristowe on the show. Thomson realized he came off very mean and condescending as well as arrogant, so he apologizes to Bristowe. He even apologizes to her family. 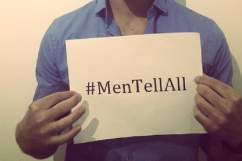 ‘The Bachelorette: The Men Tell All’ 2015 Live Stream: How To Watch The Episode Online 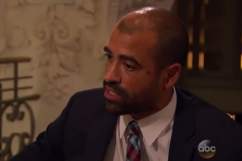 Read More
Reality TV, The Bachelorette, TV
Check out the best updates on the 2015 contestants from The Bachelorette - from JJ Lane to Ian Thomson to Clint Arlis to Jared Haibon.