Brad Goreski is a fashion expert and incredible stylist. He is also just the guy that you want to be BFFs with. We watched him grow from his days on reality show The Rachel Zoe Project to Its a Brad Brad World, to becoming a brand stylist for Kate Spade New York. Now, he is a red carpet correspondent on E! News as well as cast member of the show Fashion Police. Goreski has accomplished so much in his career thus far and the opportunities keep coming in for him. Sitting down with Goreski, we got an inside look at his current projects, his fun relationship with fiance Gary Janetti, and what he looks for on the red carpet. Check it out.

1. Goreski Has Actually Been Designing Bottles for Diet Coke

These new @DietCoke bottles take two of my faves and make them one – Diet Coke + style! Hands off — #ITSMINE. Go get yours today!

Goreski’s latest venture has been teaming up with Diet Coke to create unique and fashionable bottles to act as accessories with any outfit you may be wearing. He has collaborated with them for their “It’s Mine” campaign and he says that with over two million bottles having been created, no two are the same. You can check out these fashionable bottles in stores today.

2. The Oscars Have Goreski on the Edge of His Seat This Year

Join me, @UNICEF and @louisvuitton to #makeapromise to help children in urgent need. Make your own pinky promise with a friend and #makeapromise. ? @daniela_viviana ??@veekidd

While the Grammys are exciting and daring on the red carpet, Goreski says he is most looking forward to the Oscars. His dream person to dress is Jennifer Lawrence, and Goreski says she is actually being styled by friends of his. Goreski gushes:

I adore her. I know she’s a big reality TV fan and so am I, so I feel like we would have lots to talk about.

We’ll have to see what Lawrence has in store for us at the Academy Awards this year.

Brad Goreski first appeared on our televisions via The Rachel Zoe Project as one of Zoe’s assistants, who practically trademarked fun bow-ties. Viewers fell in love with him and he eventually earned his own reality show It’s a Brad Brad World with partner Gary Janetti. Check out a clip from the show above.

As fans of Goreski, when we asked him if he’d consider returning to reality TV, he said:

Never say never. You know, if it was kind of the right fit for me, it would be great, but I am so happy on Fashion Police and getting to be on the red carpets with Giuliana [Rancic]. Right now, all the shows are working together really really well, but, yeah, if another reality TV show came along, I would be happy to participate.

Goreski then joked about joining the Kardashians. 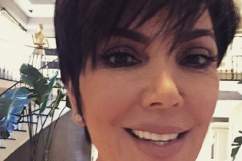 Kris Jenner on ‘Keeping Up With the Kardashians’

Brad Goreski has been with fiance Gary Janetti for well over a decade and the two make such an entertaining couple to watch. Janetti is a writer and producer, who is known for incredible shows like Will & Grace and Family Guy. Janetti’s twitter posts are hysterical, deliciously inappropriate and somewhat addictive. So, of course, we had to ask Goreski what he thought of them and he actually revealed that Janetti actually has Goreski rate each post on how funny he thinks they are. Goreski finds Janetti’s tweets as hilarious as we do.

Take a look at a couple of Janetti’s hilarious and delightfully, politically incorrect tweets below.

Just saw Spotlight and I'm outraged. I went to Catholic school for 12 years and not ONE priest touched me. Was I so hideous??

Sometimes I judge people too quickly. Should really take my time so I can enjoy it more.

5. He Joined Fashion Police After the Death of Joan Rivers

If you prefer fashion over politics, I would suggest tuning into @fashionpolice at 8pm/7c for our #SAGawards special! It's pretty outrageous!

Joan Rivers was the pioneer behind the show Fashion Police and after her death, it took a short while to find the right cast. Veteran Giuliana Rancic has remained on board and behind-the-scenes producer Melissa Rivers has become the face of the show. Margaret Cho, Nene Leakes and Brad Goreski have also joined the cast and Goreski has had rave reviews about working with Melissa Rivers. 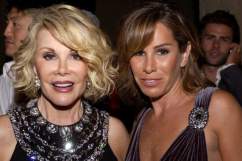 Read More
Brad Goreski, Celebrities, TV
Brad Goreski is a fashion guru, styling genius, and sweetheart with a bubbly personality. Get the latest on him in our exclusive interview.