We don't know who is going to live or die in tonight's dreaded season six finale for The Walking Dead. What we do know is that Daryl Dixon is a fan favorite who was left in a very precarious position at the end of last week's cliffhanger episode. This is a look at some of Daryl's best moments and why fans fell in love with him, including his seasons with his brother, Carol, and Beth.

According to statistics that Forbes put together, Daryl Dixon has appeared in 65 episodes of The Walking Dead. His fewest appearances were in Season 1, in which he only appeared in four episodes. He's had more than 146 walker kills, the most in Season 4 with 47. He's also had 19 human kills, including a whopping 11 just this season. Click through the gallery to see more photos and relive some of Daryl's best, fan-favorite moments on The Walking Dead. The season six finale premieres Sunday night at 9:00 p.m. Eastern. (Gene Page/AMC) 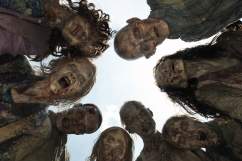 ‘The Walking Dead’ Live Stream: How to Watch the Finale Online 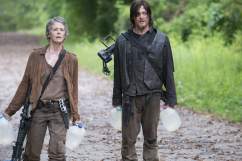 ‘The Walking Dead’ Season 6 Finale: What Time & Channel Is the Show On Tonight?

Read More
Entertainment, The Walking Dead
Daryl Dixon is a favorite of The Walking Dead fandom. We don't know who will live or die tonight, but here are some photos of Daryl's best moments so far.