Rumor has it there’s trouble brewing behind the scenes of the new Star Wars movie. Page Six has published a report alleging that Disney is in full-on panic mode over Rogue One: A Star Wars Story, as executives are not happy with the movie and are demanding major changes be made before the December 16th release date.

It’s not definitive evidence, but before we dismiss the report as being unverified gossip, it should be noted that Page Six broke the story that Alden Ehrenreich will play young Han Solo, so they have established some serious credibility when it comes to Star Wars rumors.

What’s the status of Rogue One? How big of an issue is this report? Here are five fast facts you need to know.

1. Disney Was Reportedly Unhappy With the First Cut

The Death Star returns in ‘Rogue One.’ (Disney/LucasFilm)

Page Six reports that Disney was unhappy with the cut of Rogue One they saw, with a source noting that it “has fallen short of what J.J. Abrams did with Star Wars: Episode VII -The Force Awakens.”

It isn’t just Disney executives who had that reaction, though. Page Six also adds that test screenings for the movie have not been going well, meaning both those behind-the-scenes and uninitiated viewers are having problems with what Gareth Edwards has done here.

More so than the reshoots, this is the aspect of the story that is most troubling. It can’t be confirmed yet, but this kind of negative buzz often winds up being sadly accurate, as when it came out that Warner Bros. was not happy with Batman v. Superman and test screening audiences were having poor reactions to it.

2. Reshoots Are Planned for This Summer

Page Six reports that as a result of this dissatisfaction with the film, Disney is planning four weeks of expensive reshoots for July, five months before the movie comes out.

Although director Gareth Edwards would rather not have the studio interfere, Page Six says that Disney refuses to take a backseat. Disney, however, says that these reshoots were always planned for the summer, and so this is not an indication of any behind-the-scenes drama.

Indeed, reshoots are incredibly common in Hollywood. Sometimes they’re a sign that the studio is scrambling to fix a terrible film, sending in a second-unit to completely change the ending or rework major sections Other times, the director merely goes back in to get some pickup shots or redo a scene or two. The fact that Rogue One is heading back into production does not automatically mean there is an issue, although four weeks of reshooting is rather extensive.

3. Disney Wants to Lighten the Tone

According to The Hollywood Reporter, the main reason for the reshoots is the lighten the tone, bring levity to the film, and inject it with more of a sense of adventure. Indeed, the movie is reportedly quite dark, much darker than any previous Star Wars film. It’s being described as a war movie set within the Star Wars universe, with more in common with Saving Private Ryan than The Force Awakens.

“When Gareth [Edwards] speaks about Rogue One, he spoke about it in terms of a War movie,” said actor Riz Ahmed, who plays Bodhi Rook in the film.  “And he compares it to other war movies. What it will bring is a fresh pair of eyes on a familiar world. I think that is real exciting. We’re doing something a little different to the other films. And hopefully people are ready for that, and will embrace it.”

This is getting plenty of Star Wars geeks amped up, but it’s also understandable why Disney would be worried about going so dark with a franchise that has previously been rather kid-friendly, especially after they witnessed the failure of Batman v. Superman earlier this year. The Hollywood Reporter sources say that Disney does not feel Rogue One‘s tone is in line with the feel of “classic” Star Wars.

4. The Movie Has No Jedi In It

Another reason the film could run into issues is that it’s the first Star Wars installment that does not focus on Jedi or The Force. That’s because it takes place between Episode III and Episode IV, a post-Order 66 age when most of the Jedi were dead.

Director Gareth Edwards said at Star Wars Celebration last year, “It’s set in an era where there are no Jedi, or they’re all but extinct. It’s about the fact that God’s not coming to save us. We’re on our own – and we have to do this ourselves and turn around. The absence of the Jedi is omnipresent – it hangs over the whole movie – and it comes down to a group of individuals that don’t have magical powers but have to somehow bring hope to the galaxy.”

This is an idea that is exciting many fans who are ready for something radically different, but it also means that this will be a Star Wars movie that completely lacks the main thing Star Wars is iconic for: The Force. Darth Vader will reportedly have a small role in Rogue One, but could it be that Disney is adding additional scenes with the iconic Sith Lord? Considering he’s one of the most powerful Force-sensitive characters in the movie’s universe, giving him more screentime would both work as fan service, therefore aligning this closer with The Force Awakens, and it would also inject a bit more fantasy into the film.

5. Gareth Edwards Dropped Out of ‘Godzilla 2’ 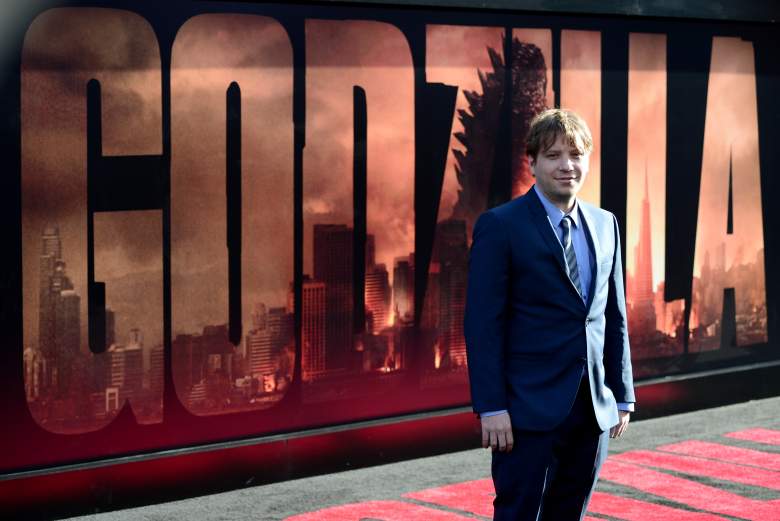 This might seem like unrelated information, but Rogue One director Gareth Edwards recently announced he was no longer going to direct Godzilla 2. At the time, he said this was because he wanted to focus on smaller films, and although that may legitimately be his intention, quite often “focusing on smaller films” is Hollywood-talk for a director being removed from a project due to behind-the-scenes issues. For instance, Fantastic Four director Josh Trank was removed from a Star Wars project reportedly because of his unprofessional behavior on the set of Fantastic Four.

This Rogue One news, if true, may shed a bit of light on that Godzilla announcement. Could Edwards have been removed by Warner Bros. when word got back to them that he was screwing up Star Wars? Did Edwards himself drop out because fighting with Disney was simply so exhausting that he needed a break from studio films? We don’t yet know at this juncture, and Edwards dropping out of a movie itself doesn’t mean much, but between that report and this story of Rogue One issues, the timing is at least a bit suspicious.