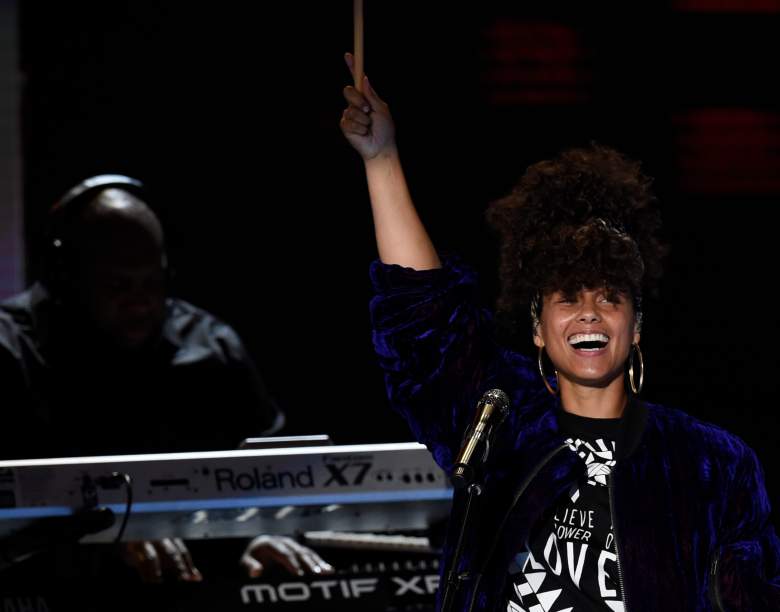 Alicia Keys burst onto the music scene in 2001 with Songs In A Minor, an album fueled by critical praise and hits like “Fallin'” and “A Woman’s Worth.” It was the perfect launch pad for a career that has included a string of hits that she continues to build on. In 2012, she released Girl On Fire and this fall, she stars on season 11 of NBC’s The Voice. The 35-year-old Keys has also built a fortune along the way.

Here’s a look at Keys’ wealth, how she’s earned it and what she does with it. 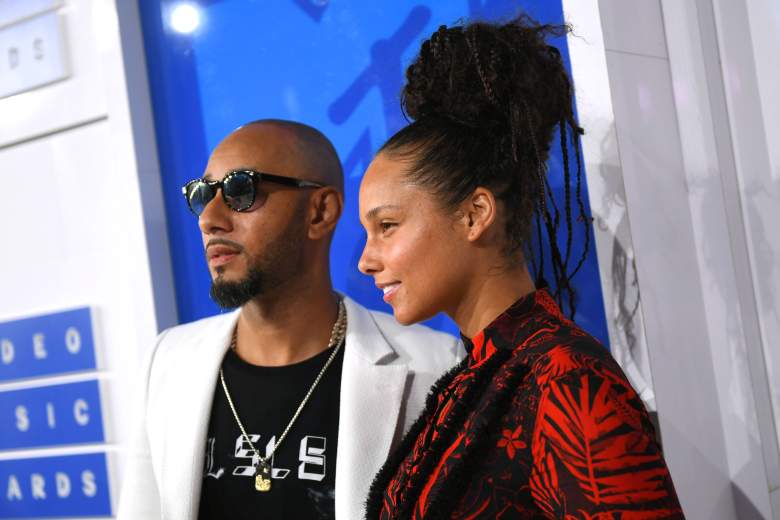 Alicia Keys and Swizz Beatz at the 2016 MTV VMAs. (Getty)

Keys and Beatz, whose real name is Kasseem Dean, married in 2010. He’s produced hit singles with Jay Z, T.I., DMX, Busta Rhymes and many more. He’s also worked with Keys and the couple have two children. Their first son, Egypt Daoud Dean, was born in October 2010 and their second, Genesis Ali Dean, was born in December 2014.

2. Keys & Beatz Had to Sell Their New Jersey Mansion Because It Was Too Small for Their Art Collection 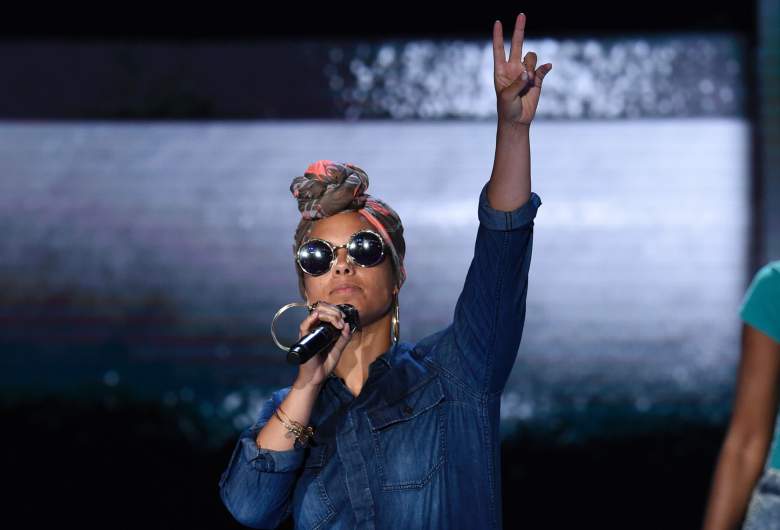 Alicia Keys at the Democratic National Convention in July 2016. (Getty)

Beatz has a massive art collection, including works by Keith Haring, Jean-Michel Basquiat, Andy Warhol and others. They had the collection housed at their Englewood, New Jersey home, but in August 2015, TMZ reported that it was outgrowing their 25,000 square-foot home.

The two bought the home in 2013 from Eddie Murphy and listed it for $14.9 million. It includes eight bedrooms, a movie theater, indoor pool and their own recording studio. TMZ reported that the couple planned to build a completely new house for the collection.

In December 2015, pieces from Beatz’s collection went on display at Art Basel Miami Beach and KEys performed at the opening. Keys told the Associated Press at the time, “(Art is) some of the real strong foundation of our relationship,” adding that he loves to introduce people to new artists.

3. All but 1 of Keys’ Studio Albums Have Debuted at the Top of the Billboard 200 Album Chart 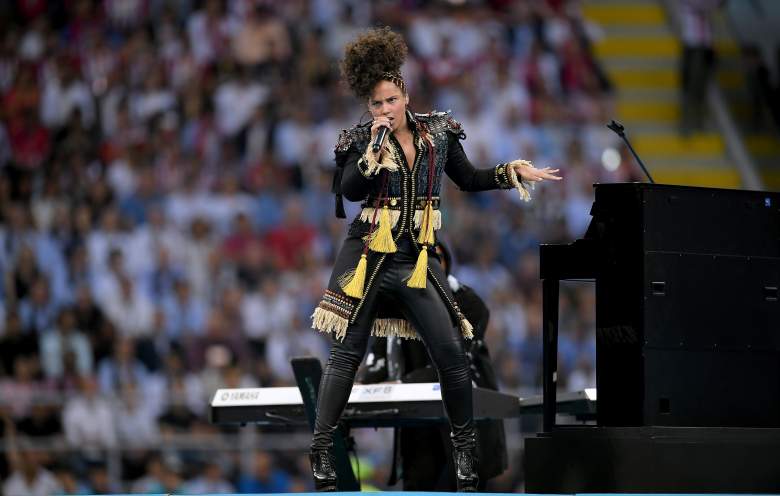 Keys performing at the UEFA Champions League Final in Milan, Italy in May 2016. (Getty)

Keys’ career couldn’t have gotten off to a better start. Her first album, Songs in A Minor (2001), was an indisputable success. In 2003, the RIAA certified the album 6X Platinum, meaning that it sold at least 6 million copies in the U.S. The album debuted at the top of the Billboard 200 album chart with 236,000 copies sold.

In December 2012, KEys returned to the top of the chart with Girl On Fire. However, the album had her worst debut week, selling only 159,000 copies even though it includes the hit title track. 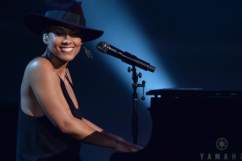 WATCH: John Legend & Alicia Keys Sing ‘Let It Be’ for The Beatles Anniversary

4. Keys Earned Her First Fragrance Contract in 2014 & Was Blackberry’s Creative Director in 2013

In January 2013, the struggling Blackberry smartphone brand enlisted Keys to be a creative director, Forbes reported at the time.

“I was in a long-term relationship with BlackBerry and I started to notice some new hotter devices at the gym. I was playing the field. Now we’re back together,” she said when the partnership was announced.

Unfortunately, the deal didn’t prove fruitful. In January 2014, Keys stepped down. The move came after Blackberry had a $4.4 billion loss during its third fiscal quarter of 2014.

That experience didn’t sour Keys on endorsement deals. In May 2014, WWD reported that she signed a deal with Parfums Givenchy to be the face of the fragrance.

“I’m honored to introduce the world to the newest scent by Givenchy,” she said at the time. “Givenchy has long been one of the world’s most iconic luxury fashion houses, and a personal favorite of mine.” 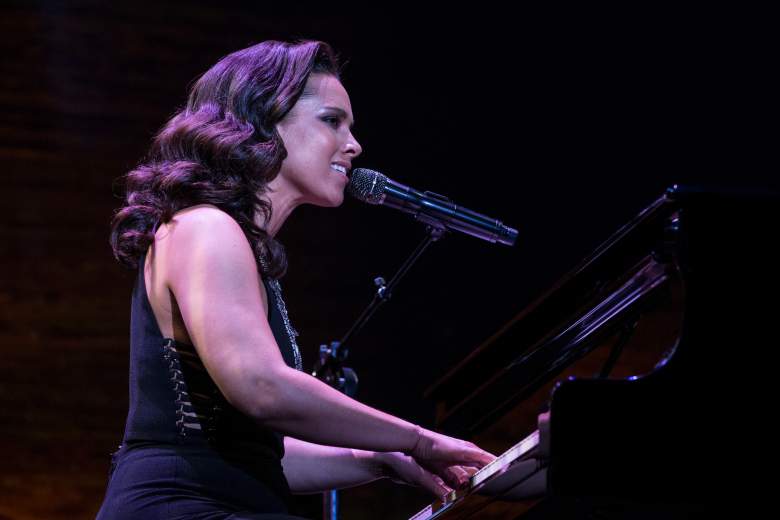 On October 19, 2016, Keys will host the 13th annual Black Ball at the Hammerstein Ballroom in New York, where music mogul Clive Davis will be honored with a humanitarian award. The Black Ball is part of Keep A Child Alive, a charity organization that aims to stop AIDS. Keys co-founded the charity with Leigh Blake. Peter Twyman was named CEO in 2012.

“It’s our job to bang the drum, force the conversation and keep shining a spotlight on the issue,” Keys said of the AIDS epidemic in a 2014 MSNBC interview. “This isn’t ‘their’ problem – it’s all of ours collectively. Humanity has a responsibility to the world’s children and to those who are in need. We need to continue to make people aware of what’s at stake here and put pressure on our governments to increase funding levels for HIV programs.”

Keys has also shown support for other charitable causes. In 2014, she posed nude while pregnant for the We Are Here Movement.

Keys has also been the face of the “no makeup movement.” She doesn’t plan on wearing any makeup while on The Voice and explained why she isn’t wearing makeup in a Lenny Letter essay.

Y'all, me choosing to be makeup free doesn't mean I'm anti-makeup. Do you! ?? pic.twitter.com/Mg0Ug9YA9q