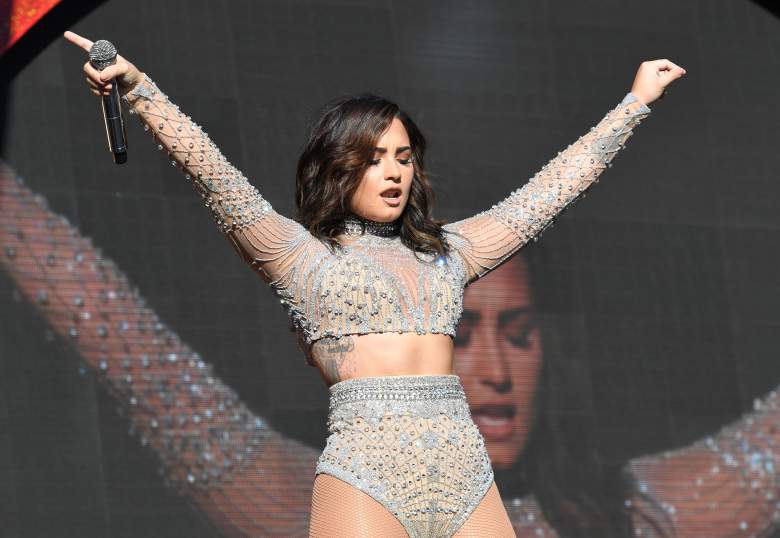 Demi Lovato sent a series of cryptic tweets on October 4, hinting a possible retirement – or at least break – from the music business. The message came after complaints about the reaction to her latest interview, in which she had harsh words for Taylor Swift.

So excited for 2017. Taking a break from music and the spotlight.. I am not meant for this business and the media ??

“So excited for 2017. Taking a break from music and the spotlight.. I am not meant for this business and the media,” she wrote, adding a waving hand emoji. She also wrote to a fan, “dunno. It doesn’t feel worth it anymore. I’d rather do charity work tbh.”

@jblover12223 dunno. It doesn't feel worth it anymore. I'd rather do charity work tbh

The decision to step away from music came suddenly, following an interview with Glamour Magazine. In the interview, she appeared to go after Taylor Swift, suggesting that she wasn’t doing enough if being a feminist is supposed to be part of her brand.

“To be honest, and this will probably get me in trouble, I don’t see anybody in any sort of squad that has a normal body. It’s kind of this false image of what people should look like. And what they should be like, and it’s not real,” Lovato said.

She later said that the bodies in that particular squad are “not realistic.”

Lovato was not happy with the reaction to the interview. “I get asked questions. I answer them. Sue me,” she wrote. “Also don’t forget that words can be taken out of context when doing interviews.. still not apologizing for saying what everyone want to say.”

I get asked questions. I answer them. Sue me.

Also don't forget that words can be taken out of context when doing interviews.. still not apologizing for saying what everyone want to say

I don't understand why people care so much about what I say in interviews? Do y'all watch the news? Don't y'all got shit to worry about?

The singer responded to several of the complaints she faced on Twitter for criticizing Swift.

@we_areforbidden or I get asked indirect or direct questions about her?

@foteiniioak not everyday. No one is every day. But I aim to be

Lovato also recently complained about fan art that showed her with a mermaid’s tail. “Is that how my boobs should look? It’s gorgeous but that’s not my body,” she wrote in a comment on Instagram.

Lovato also took a (very) brief break from Twitter in June. She stayed off the social network for 24 hours before returning. “F**k this.. I’m back bitches. And I’m coming back more honest than ever,” she promised.

Another recent complaint from Lovato this week centered on the paparazzi:

If the paparazzi wasn't so fucking annoying I'd get out and do shit but they're the worst. #fuckpaps

Lovato’s most recent album is Confident, which came out in October 2015. In July, she released the single “Body Say.” She did have a habit of releasing an album every other year, beginning with her second, Here We Go Again (2009). Unbroken followed in 2011, Demi was out in 2013 and Confident came out in 2015.

This is a breaking story and will continue to be updated.