Halloween might be long gone, but don't tell Lifetime that. The network's latest made-for-TV movie is Little Girl's Secret, based on the book Wait Till Helen Comes by Mary Downing Hahn. The novel and the film are about three children: Molly (Sophie Nelisse), Michael (William Dickinson) and their stepstister Heather (Isabelle Nelisse). When their parents get married and move to a county home, Heather thinks there is a ghost named Helen (Abigail Pniowsky) in the cemetery behind the home. Molly tries to help Heather, but when Helen arrives, so does danger.

The cast is lead by Maria Bello, who is best known for her roles in A History of Violence, Pisoners and Secret Window. She also starred in the short-lived TV series Prime Suspect and was in Touch with Kiefer Sutherland. She currently stars on Amazon's Goliath with Billy Bob Thornton.

Click through to meet the rest of the cast of Little Girl's Secret. (Getty) 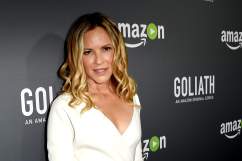 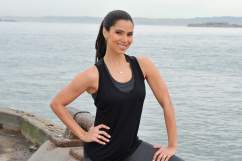