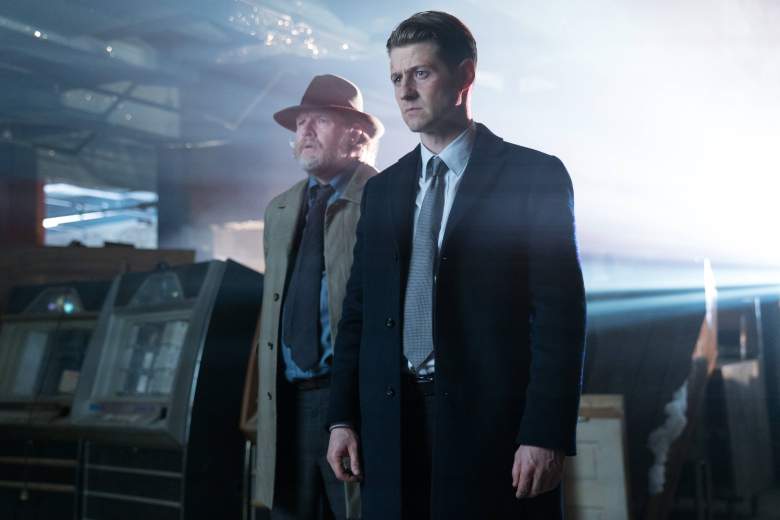 Gotham not only refuses to adhere to the rules of the Batman comic book universe, it refuses to follow the rules of the real world. Even though we saw Jerome Valeska die, he’s being brought back to life in the next episode of the Batman prequel series. Unfortunately, we won’t get to see how he’s brought back until “Ghosts” airs on January 16, 2016 at 8 p.m. on Fox. Read on for a preview of the next episode.

For those who need a refresher, we saw Jerome (Cameron Monaghan) get killed by Galavan (James Frain) in “Rise of the Villains: The Last Laugh.” It seemed like an unfortunate and early end to the character, since many assumed that he would become The Joker, Batman’s arch nemesis. You can see his death in the following video:

That looks like a pretty convincing death, doesn’t it? But as the preview for “Ghosts” reveals, Jerome is back… or is he? The synopsis for the episode reads, “Gordon and Bullock discover a follower of Jerome (guest star Cameron Monaghan), who plans to bring him back to life.” That could mean Monaghan is playing Jerome’s follower.

We can also theorize that the Gotham writers might be taking a hint from the New 52 DC Comics continuity, where the Joker had his face ripped off and he had to get it back. Photos that Monaghan posted on his Instagram page appear to show that he might be playing a character who replaced his own face’s with Jerome’s. Although Monaghan has since deleted these images, a Gotham fan has re-posted them.

In addition, the following photo released by Fox appears to show Lee (Morena Baccarin) pulling off the covering of Jerome’s dead body with his face ripped off. This scene will be in the January 23 episode, “Smile Like You Mean It.” 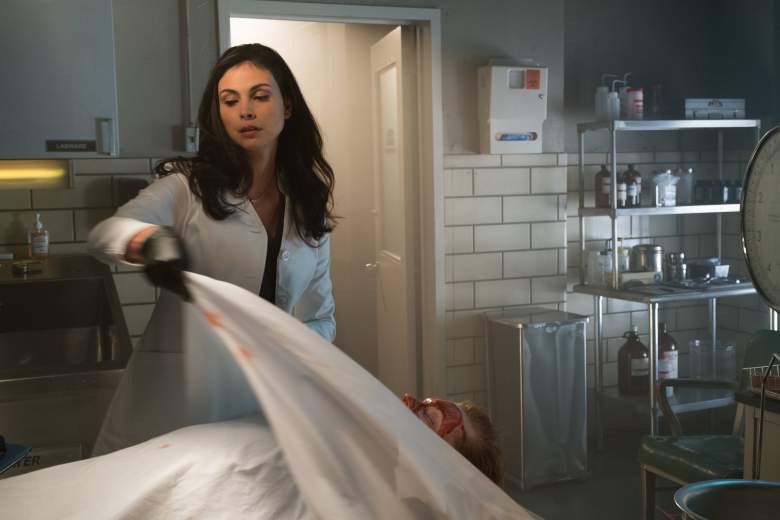 In this scene from “Smile Like You Mean It,” it looks like Jerome’s face has been removed from his dead body. (Jessica Miglio/FOX)

“Ghosts” will also include the return of another actor who played a now-deceased character. Paul Reubens guest-stars, although how Penguin’s father returns to the show isn’t teased in the full synopsis.

Here’s the synopsis for “Ghosts”:

Falcone places a hit on Gordon after learning that he shot Mario. Gordon and Bullock discover a follower of Jerome (guest star Cameron Monaghan), who plans to bring him back to life. Meanwhile, Penguin spirals out of control before the biggest television interview of his Mayoral career, and Bruce and Selina deal with Selina’s mom’s return to Gotham in the all-new “Mad City: Ghosts” episode of Gotham airing Monday, Jan. 16 (8:00-9:01 PM ET/PT) on FOX.

Gotham‘s third season will run 22 episodes. IMDb lists the title for the 15th episode as “How The Riddler Got His Name,” so it looks like Ed Nygma (Cory Michael Smith) will get a full episode in the spotlight to become the villain we all knew he would turn into.

Read More
Batman, FOX, Gotham
The next episode of Gotham doesn't air for another two weeks. In the meantime, find out what's next for Jim Gordon and Bruce Wayne.