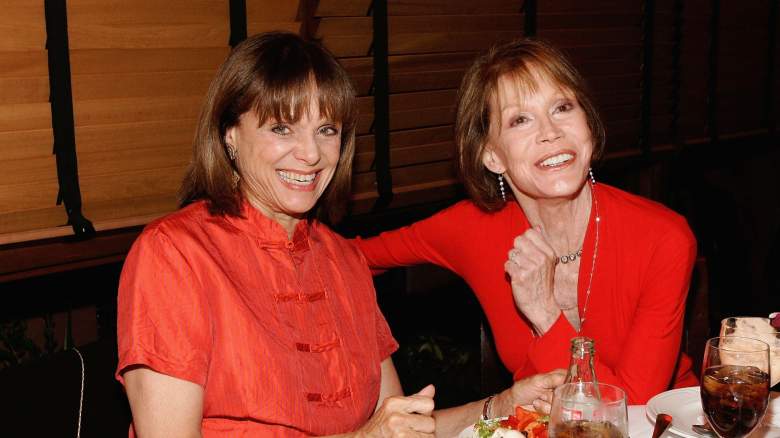 Harper gained fame on The Mary Tyler Moore Show as Rhoda from 1970 to 1974 and went on to have her own sitcom hit with Rhoda, which ran from 1974 to 1978. In 1975, Harper even beat Moore, who died on January 25 at age 80, in the Best TV Actress – Musical/Comedy category at the Golden Globes. She repeated the same feat at the Emmys that year as well.

Harper took some time to respond to the news of Moore’s death. On January 26, she tweeted, “To The World I’ll miss you ‘Mair.’ I will always be your co-pilot. I will always love you, darling Mary Tyler Moore.”

To The World I'll miss you "Mair."
I will always be your co-pilot. I will always love you, darling Mary Tyler Moore.

A little competition like that didn’t get in the way of their friendship though. Here’s a look at their relationship.

1. Moore & Harper Appeared Together in Moore’s Final TV Appearance, Along With Betty White

In 2011, Moore elected to have brain surgery to remove a benign meningioma. Less than a year after the surgery, she appeared at the Screen Actors Guild Awards to pick up a lifetime achievement award. It would turn out to be her last major public appearance.

However, in 2013, she made her final appearance in a scripted show by guest starring on Hot In Cleveland for a Mary Tyler Moore Show reunion. Cloris Leachman, Georgia Engel, Harper and Moore joined that show’s regular star, Betty White, for an episode. All four actresses appeared on The Mary Tyler Moore Show. The episode was appropriately titled “Love Is All Around.”

“Today, beloved icon, Mary Tyler Moore, passed away at the age of 80 in the company of friends and her loving husband of over 33 years, Dr. S. Robert Levine. A groundbreaking actress, producer, and passionate advocate for the Juvenile Diabetes Research Foundation, Mary will be remembered as a fearless visionary who turned the world on with her smile,” Moore’s representative said in a statement. 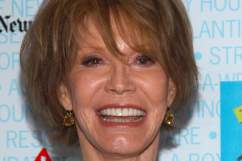 2. Moore Said She Was ‘Devastated’ By the News That Harper Was Fighting Terminal BRain Cancer

In 2013, Harper announced in People Magazine that she had terminal brain cancer after previously fighting lung cancer in 2009. She told the magazine that her doctors believed she had as little as three months to live. However, the 77-year-old Harper is still alive.

Moore later sent a statement to People, saying that she was “absolutely devastated” by the news.

“Valerie has given so much joy, laughter and love to the world,” Moore said in a statement at the time. “I join her fans and send much love and positive thoughts to her and her family during this difficult time.”

The Mary Tyler Moore Show was the first big thing Harper ever did, since she was mostly in theater before joining the show. In the above interview with Rosie O’Donnell in February 2000, Harper said that although she was a big fan of Moore because of The Dick Van Dyke Show, Moore “didn’t allow” her to feel intimidated. Moore was that welcoming on the first audition.

Harper said after her first reading with Moore, Moore and the producers realized that they were great together and she got the job. In that interview, Moore also revealed that Joan Darling was considered for the role. Darling later directed the Mary Tyler Moore episode “Chuckles Bites the Dust.”

4. Harper First Thought She Didn’t Get the Part of Rhoda

In an excerpt of Mary And Lou And Rhoda And Ted published by Parade in 2013, authors Jennifer Keishin Armstrong wrote that Harper first didn’t think she was going to be cast as Rhoda.

Casting director Ethel Winant saw Harper perform in Los Angeles and immediately thought she could play Rhoda. The next day, Winant called Harper in for an audition, but she didn’t think she would get the part because she wasn’t a big star. Plus, she never had any big parts on television before. She actually did meet Moore while she was filming The Dick Van Dyke Show, since a friend of hers had a guest spot on the show.

At first, producer James L. Brooks didn’t think Harper was right for the part, but other producers wanted her to come back and read lines with Moore. Winant told Harper to come dressed down and without any makeup.

According to Armstrong’s book, Moore showed up at the reading right after ballet class, wearing a pink shirt and white pants. When the two actresses read together, Winant knew that Harper was perfect for the part. 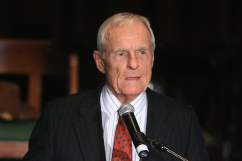 5. Harper Once Said She Met Moore ‘On Television’ Since She was a Big Fan of ‘The Dick Van Dyke Show’

Harper told Entertainment Weekly in 2015 that she felt like she met Moore on television. In 2015, Harper contributed to the PBS documentary Mary Tyler Moore: A Celebration.

“I was watching her like the rest of the world on the Dick Van Dyke Show…she was adorable,” Harper recalled. “She was so cute in those tight little pants, and classy—a very classy lady. And a brunette! I loved that! I used to come home from high school and watch the show, and then when they called me and said we think you might be good as her friend Rhoda, I was like, well that sounds very good.”

Harper told EW that Moore was an “incredibly generous girl” and a “great person.”

“That whole set was really copacetic. It was all fun. We laughed so much, but we really worked very hard,” Harper told EW of the Mary Tyler Moore set.