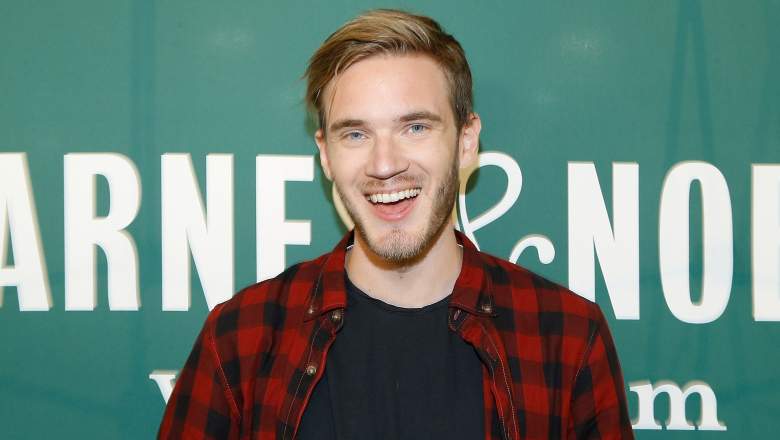 PewDiePie, the YouTube star whose real name is Felix Kjellberg, has been at the center of a brewing controversy over videos with anti-Semitic language that has culminated with Disney and YouTube terminating deals with him. The Swedish star had a miltimillion-dollar deal with Disney’s Maker Studios, but that reportedly came to an end on February 13. Three days later, Kjellberg issued a serious response to the media.

“Although Felix has created a following by being provocative and irreverent, he clearly went too far in this case and the resulting videos are inappropriate,” a Maker Studios spokeswoman told the Wall Street Journal.

A YouTube spokesman later told Forbes that it will not release Scare PewDiePie‘s second season. The show was available through YouTube Red, YouTube’s subscriber service.

The controversy surrounded three videos posted in January, one of which included a video of two Indian men holding a sign that said “Death to All Jews.” The videos, which reached 23 million views, have all been taken down.

PewDiePie defended his videos, saying that it was all a joke to show that people would do anything for a few dollars on the site Fiverr. That site allows people to ask freelancers to do something in exchange for payment.

PewDiePie is the most popular YouTube creator, with over 53 million subscribers. It’s estimated that he has made $124 million since 2010.

Here’s a look at the controversy and Disney’s reaction.

1. In 1 Video, PewDiePie Showed 2 Indian Men Carrying a Sign That Read ‘Death to All Jews’

PewDiePie hired two Indian Men to hold up a sign that read “Death to All Jews.” When he shared the video with his subscribers, he claimed it was a prank and didn’t know they would really do that. He said he felt “partially responsible” for the men’s actions, notes CraveOnline.

The two men later lost their job on Fiverr, but got it back after PewDiePie pleaded with that site on Twitter. The men said in their video, seen above, that they were not aware of what “Jews” meant.

A few days after posting the video, PewDiePie admitted that the “joke” went too far.

Back in 2012, PewDiePie joined Maker Studios’ online network. In 2014, the studio was bought by Disney for $675 million. PewDiePie wanted to leave, but Maker agreed to let him be a partner in a separate venture for his own videos, a source told the Wall Street Journal. He’ll have to continue making his videos by himself or find a new partner.

In addition to his videos, he stars in a series for YouTube’s pay-service YouTube Red. The second season of his show will not be posted though. 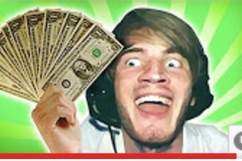 PewDiePie’s Net Worth: 5 Fast Facts You Need to Know

2. PewDiePie Also Got a Fiverr User Dressed as Jesus Christ in Trouble

PewDiePie also got a Fiverr user who dresses as Jesus Christ in trouble. The user was paid by another user (not PewDiePie) to say “Hitler did absolutely nothing wrong.” PewDiePie later included this user’s comment. This man also got banned by Fiverr, but was later brought back.

“If content is intended to be provocative or satirical, it may remain online. If the uploader’s intent is to incite violence or hatred it will be removed,” YouTube, which is owned by Google, told the Wall Street Journal. It did not comment directly on PewDiePie’s videos. 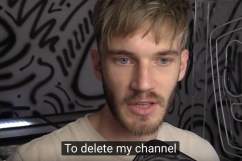 Did PewDiePie Delete His Channel?

3. In One Video, PewDiePie Filmed Himself Wearing a Military Uniform While Watching Hitler

PewDiePie also posted a video that showed him watching an Adolf Hitler speech while wearing a brown military uniform. Another video featured him playing the Nazi Party anthem.

The Wall Street Journal noted that videos with Hitler messages started appearing as early as last August. The video where he wore a military uniform was posted in December. He’s even seen smiling as he listens to Hitler.

In one video posted on August 7, PewDiePie is seen wearing a “Make America Great Again” hat, just like the ones President Donald Trump sold during his 2016 presidential campaign, while showing photos of Hitler.

4. Hate Site The Daily Stormer Praised the Anti-Semitic Language in the Videos

The Daily Stormer, which the Southern Poverty Law Center calls the “top hate site in America,” praised PewDiePie for “making the masses comfortable with our ideas.” The site still includes an image of PewDiePie in its header. It now calls itself “The World’s #1 PewDiePie Fansite.”

The Southern Poverty Law Center notes that The Daily Stormer was founded by Andrew Anglin, who the group identifies as a neo-Nazi.

5. PewDiePie Says This Was All an Experiment to ‘Show How Crazy the Modern World Is’

PewDiePie wrote on his Tumblr page that he was “trying to show how crazy the modern world is.” He tried to prove that everyone on Fiverr will do anything to earn $5, even if it means saying an anti-Semitic phrase.

“I think it’s important to say something and I want to make one thing clear: I am in no way supporting any kind of hateful attitudes,” he wrote. “I make videos for my audience. I think of the content that I create as entertainment, and not a place for any serious political commentary. I know my audience understand that and that is why they come to my channel. Though this was not my intention, I understand that these jokes were ultimately offensive.”

PewDiePie insisted that he does not support hate groups.

“As laughable as it is to believe that I might actually endorse these people, to anyone unsure on my standpoint regarding hate-based groups: No, I don’t support these people in any way,” he wrote.

As far back as December, PewDiePie was defending himself against media coverage. In a December video called “I’m Racist?,” he tells his “mother” over the phone that he is not a Nazi.

“Is a joke actually pure racism?” he said in a January 22 video that was taken down, according to the Wall Street Journal. “Is something that would be considered a joke purely homophobic, or anti-Semitic and all these things? Context f**king matters.” 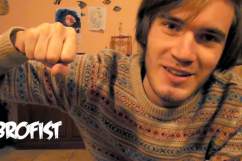