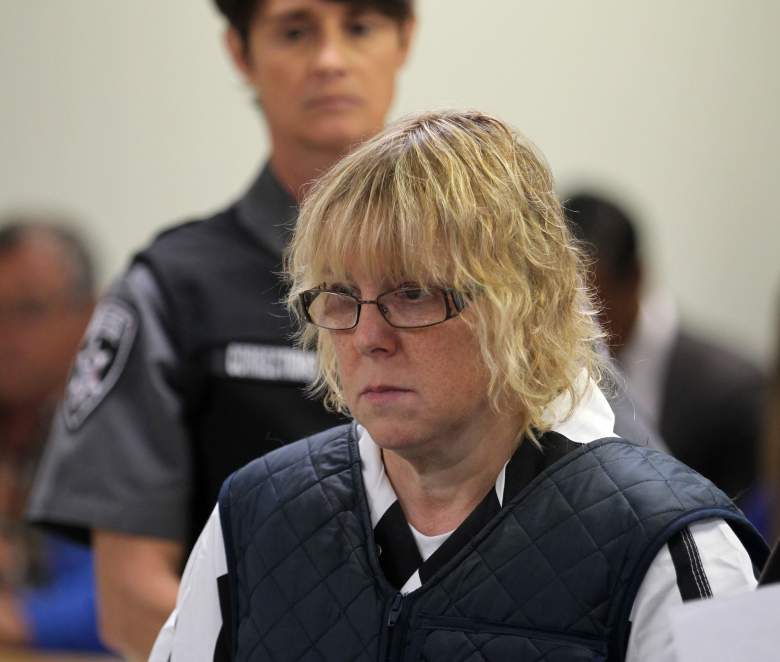 The manhunt for Richard Matt and David Sweat lasted nearly three weeks. Matt was found in Malone, New York, a town close to the Canadian border, where he was shot and killed by police on June 26, 2015. Two days later, Sweat was captured near Constable, New York, less than two miles from the Canadian border. Sweat is now in a maximum security prison in Romulus, New York.

Here’s what you need to know about Mitchell and where she is today.

1. Mitchell Was Just Denied Parole In Her February Hearing Before the New York Parole Board

The 52-year-old Mitchell went before the New York State Parole Board in February 2017. In its decision not to grant parole, the board said that she shouldn’t be released “merely as a reward for good conduct or efficient performance of duties while confined,” reports MyNBC 5.

In September 2015, Mitchell agreed to plead guilty to charges of promoting prison contraband and facilitating criminal activity. She was sentenced to two-and-a-half to seven years in prison, plus ordered to pay $80,000 in restitution.

“It is fair to say that your crimes cost New York millions in response to the escape of inmates (Richard) Matt and (David) Sweat that your actions facilitated,” the parole board said in a unanimous decision. “You allowed your common sense and supervisory duties to be compromised by developing unprofessional relationships with Matt and Sweat.”

The parole board noted that Mitchell didn’t tell anyone about the prison escape plans and that she lied during the investigation.

Mitchell’s next parole hearing is scheduled for June 2017. She could be out of prison by October 2017. 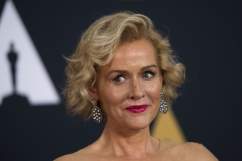 2. Mitchell Claimed She Got Cold Feet During the Prison Escape Because She Still Loved Her Husband

After Matt and Sweat pulled off an escape that’s been compared to the one depicted in Stephen King’s The Shawshank Redemption, their plan was to meet Mitchell outside the prison. She would then drive the getaway car seven hours away, according to court documents, The Daily Mail reports. Police say she provided them with the hacksaw blades, chisels, a screwdriver bit and other tools to pull off the escape. Witnesses inside the prison said Mitchell even provided them with cell phones, but there was no evidence of the phones.

Sources told CNN that Mitchell would use baked goods to gain the trust of others inside the prison to help Sweat and Matt. At one point, she used her influence to help get the two prison cells right next to each other. In another instance, she gave frozen hamburger meat to a guard to give to Matt, getting around the prison metal detector.

When Matt and Sweat left the prison to meet Mitchell at a power plant, Mitchell wasn’t there.

“They were going to meet down by the power plant, drive — I’m not going to say into the sunset, because it was after midnight and it was dark out — but they were going to drive, potentially to an area that was about seven hours away,” Clinton County District Attorney Andrew Wylie told CNN.

Mitchell told investigator that she didn’t follow through with the plan because she loved her husband and “didn’t want to do this to him,” Wylie told CNN.

In a September 2015 interview with the Today Show, Mitchell told Matt Lauer that she had “no intention of ever showing up.” She claimed Matt and Sweat told her they would kill her husband, Lyle Mitchell, and herself even if she helped them.

“They would have had the vehicle. They wouldn’t have needed me,” Mitchell told Lauer. “I had no intention of ever showing up.”

3. An Inmate Claimed Mitchell Had Sex With Richard Matt 100 Times

Erik Jensen, a former prison inmate at Clinton Correctional Facility, told the New York Post on June 24, 2015 that he saw Mitchell have sex with one of the two escapees at least 100 times. He claimed the two sneaked off to sewing-shop storage closet.

“He was getting it on with her. Or she was doing sexual favors for him,” Jensen told the Post.

In her September 2015 interview with the Today Show‘s Matt Lauer, Mitchell claimed she never had any sexual contact with Matt against her will and denied that she was in love with him. She did admit to flirting with both Matt and Sweat.

“It started out as a flirtation thing, but that’s all it ever was. There was never any love between myself and Mr. Matt,” Mitchell said in the 2015 interview. At the time, prosecutors considered charging her with rape for sexual contact with an inmate.

“There was never any actual sexual intercourse,” Mitchell told Lauer. “Mr. Matt had grabbed me a couple of times and kissed me. And then there was one point where he…wanted me to perform oral sex on him. And I said no. And when I said no, he grabbed my head and pushed me down.”

Mitchell did say she took x-rated selfies for Sweat, but said there was no sexual contact with him. 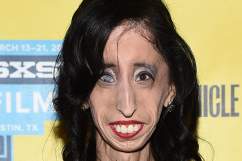 4. Lyle Mitchell & Mitchell’s Family Stood By Her, Even After She Was Convicted

Mitchell’s husband, Lyle Mitchell, later told NBC News’ Dateline that he still stands by his wife and believes that she loves him.

“My wife has a heart of gold. That’s her biggest downfall,” Lyle Mitchell told Dateline. “In the beginning everybody flirts. And it got out of hand.”

Lyle Mitchell, who also had a job at the prison and was investigated by authorities, said he believed his wife. However, he wondered why she never told anyone about her sexual relationship with Matt.

“I asked her why she did not tell anybody. She said, ‘Lyle, I was so petrified,'” Lyle Mitchell told NBC News.

Lyle Mitchell continues to stand by his wife. In February 2017, he wrote a letter of support for her before the parole hearing. Their son also wrote a letter about her “positive qualities.”

“We will love and support her no matter what. Not even that situation will bring our family down. That’s all we have to say about this,” Paige Mitchell, her daughter-in-law, told NBC News in June 2015. “Let’s find these two idiots so our community can calm down. That needs to be the focus right now, finding these monsters and locking them back up in a cell so they can live out the remainder of their days, hopefully in solitary confinement.”

In an interview with the New York Post, Penelope Ann Miller, who plays Mitchell in the Lifetime movie, said she thinks Mitchell was a victim because the two convicts used her vulnerabilities against her.

“I think she was a victim — these guys clearly singled her out: this was their prey. They saw a vulnerability in her,” Miller, a Golden Globe nominee for Carlito’s Way, told the Post. “She obviously fell prey to it and was a victim of that, but obviously she was an adult with choices. She claimed she was brainwashed and manipulated and depressed, but come on, hiding contraband like hacksaws in hamburger meat?”

Miller said she didn’t meet Mitchell, but got a sense of how to play her by watching her interviews with Matt Lauer.

“There are some scenes where you just can’t help but laugh,” the American Crime actress told the Post of the movie. “You’re laughing at how crazy and absurd some of it is. Everybody knows about the escape, but they don’t know what led to it and how it went down.”

Miller might think Mitchell is a victim, but she did tell Matt Lauer that she thought she deserved to be punished.

“I deserve to be punished,” Mitchell said in 2015. “But, you know, people need to know that I was only trying to save my family.”