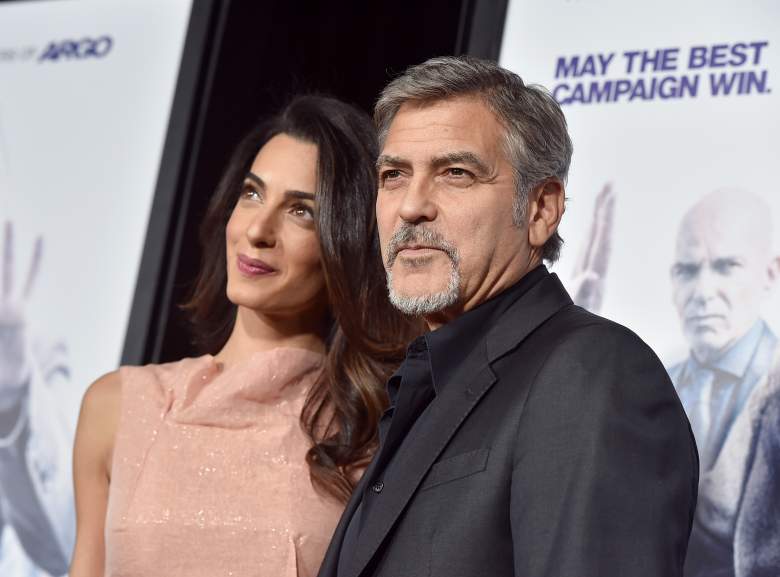 George Clooney, 55, and his wife, Amal, 39, are parents. Three years after getting married in Italy, the couple welcomed boy-girl twins. The babies were born on June 6.

The pregnancy was announced by Julie Chen on The Talk. According to Entertainment Tonight, Chen and her husband found out about the couple’s exciting baby news weeks before she spilled the baby beans.

“Here’s the truth of the matter. My husband [Leslie Moonves] and I saw George and Amal about three weeks ago, and they causally mentioned that they were expecting twins. And we were all like, ‘Is it a secret?!” Chen explained.

“We didn’t feel right telling anybody,” Chen added. “And then that morning that I reported on The Talk, it was in a British tabloid that it might be true or it might not be true. My producer said, ‘We might not report on it,’ And I’m like, ‘No, it’s true! It’s definitely true! He said it wasn’t a secret, and I’ve been dying to tell,” Chen said. She also confirmed that Amal Clooney was due in June.

Here is what you need to know about the Clooney twins: 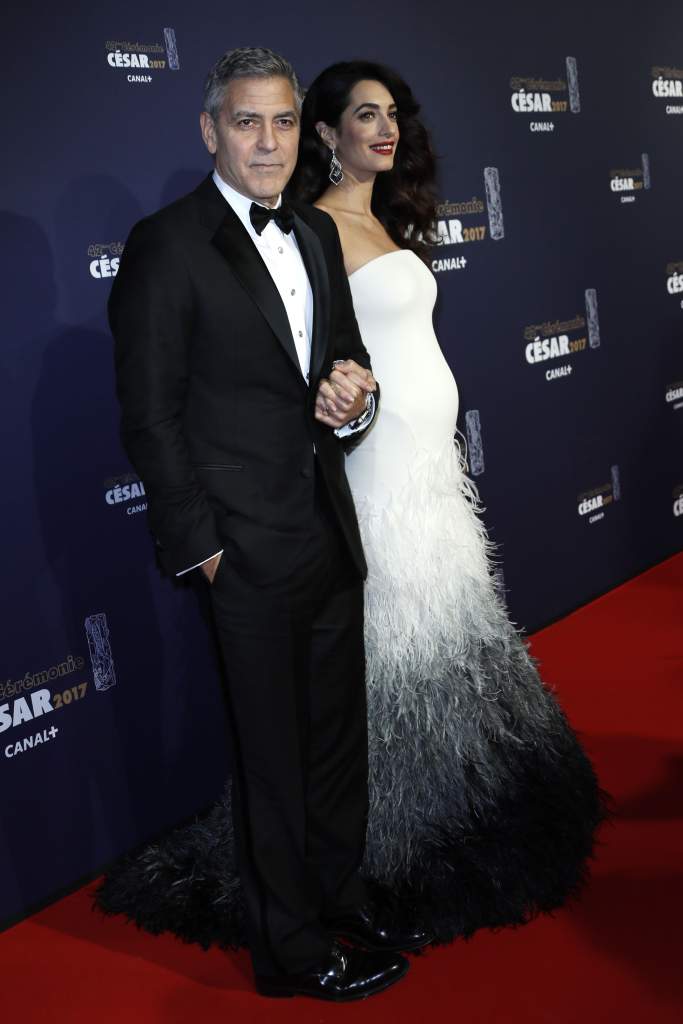 The baby news was confirmed by Amal’s publicist and by George’s rep. The couple named their new additions Ella and Alexander.

“This morning Amal and George welcomed Ella and Alexander Clooney into their lives. Ella, Alexander and Amal are all healthy, happy and doing fine. George is sedated and should recover in a few days,” a rep told People Magazine.

Over the past few weeks, Amal Clooney had been laying low and staying out of the public eye. Her last public appearance was on April 6 at the premiere of The Promise in London.

In February, the happy couple was spotted shopping at Baudou, a boutique in Paris, according to People Magazine. Closer Weekly reports that the couple plans on raising their children in the UK, at least while they are babies.

2. Amal & George Were Rumored to be Having a Boy & a Girl 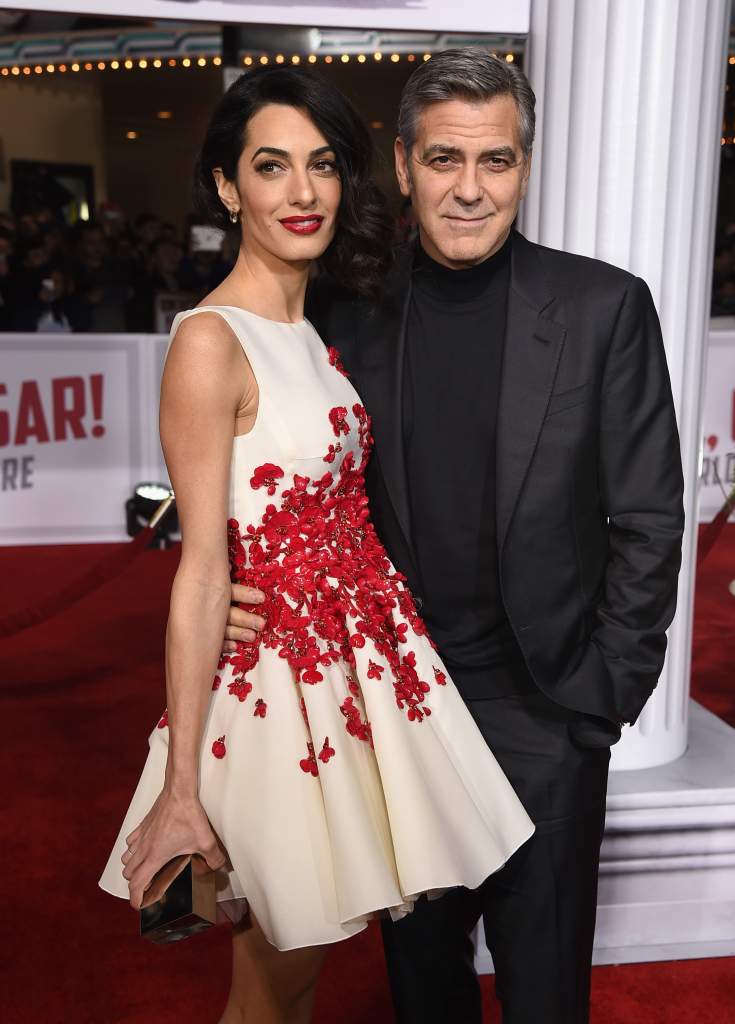 Shortly after their baby news hit the internet, just about everyone started speculating about the Clooney twins. Rumors suggested that the couple was expecting a boy and a girl — and those rumors were correct.

“Amal is pregnant with twins: a boy and a girl. When George and Amal found out it was twins they were surprised, but also a little scared because they both had said that one was enough. But the news that it was a boy and a girl made them both really happy. They feel like they’ve hit the family jackpot,” an unnamed source told InTouch back in January.

The source also told the publication that the Clooneys conceived via IVF.

“They can’t believe in just a few months, they’re going to have two babies. They’re having so much fun looking at all the latest baby gadgets and getting everything ready for the twins. They’re going to be such amazing parents,” the source said.

3. George Clooney Didn’t Plan on Having Kids & Wasn’t Into the Idea Until He Met His Wife 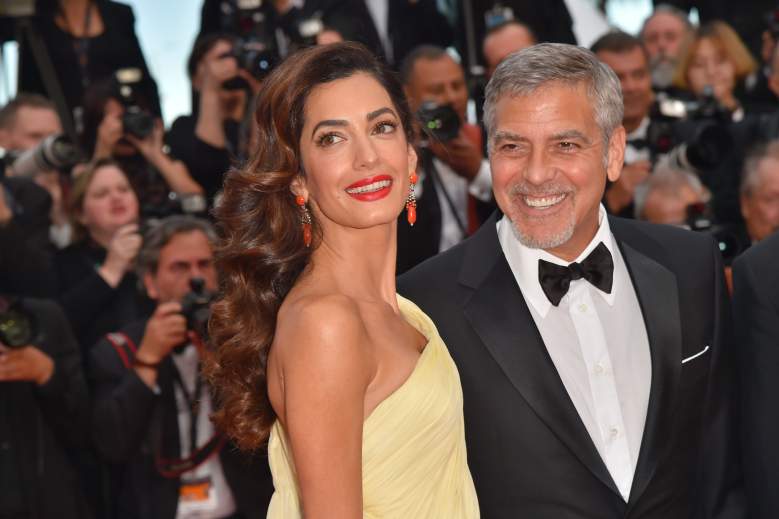 Becoming a dad is something that the Ocean’s Eleven actor hadn’t previously wanted out of life. Formerly known as Hollywood’s “eternal bachelor,” George Clooney has admitted that meeting Amal completely changed his life.

“I think it’s the most responsible thing you can do, to have kids. I think it’s the biggest responsibility you’ll have, and it’s not something to be taken lightly. I don’t have that thing in me that says,’must do it’. I don’t see myself ever having kids. But everything in my life has changed over periods of time … and the world does change,” George Clooney told People Magazine back in 2006.

And the world did change when he met and married Amal.

“All I know is that it sort of changed everything in terms of what I thought my future — my personal future — was going to be. I’ve always been an optimist about the world. I wasn’t always completely optimistic about how it was going to work out personally for me. But now I am,” Mr. Clooney told People Magazine in 2015. 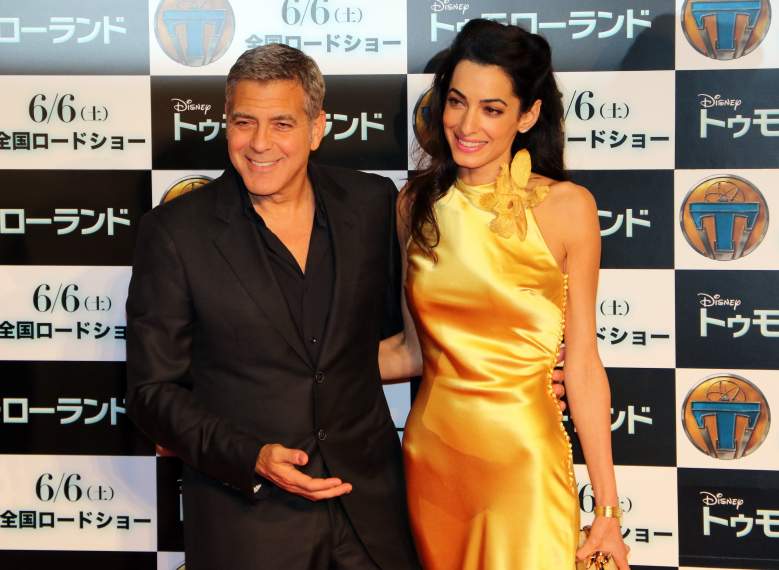 It’s not always easy to navigate a relationship when your significant other is expecting, but it sounds like George Clooney has done a great job. The couple has been able to spend a decent amount of time together this year as Mr. Clooney hasn’t taken on any new projects, according to his IMDb page. His last film, Money Monster, was released in 2016. Although Amal has been working this year, the two have made time to really enjoy the last several weeks together.

“She is doing really great. She is amazing. I don’t have anything to do. There is nothing I can do to help, but make tea and stuff,” George Clooney told Extra back in March.

5. Amal’s Pregnancy Fashion Has Been Applauded Several Times Throughout Her Pregnancy

The mom-to-be has been praised for her incredible maternity fashion ever since her baby bump began showing.

In March, Mrs. Clooney scored major fashion points when she stepped out in a red vintage Dior dress matched with a camel-colored Balmain coat and a pair of pumps. She sported the look while giving a speech at London’s Chatham House on war crimes in Iraq and Syria, according to Today.

On February 24, Mr. and Mrs. Clooney stepped out together at the Cesar film awards ceremony in France. Amal Clooney wore a stunning strapless ombre Versace gown that showed off her growing bump. 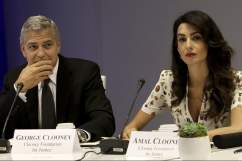