Did we see the beginning of Evil Morty on Rick and Morty Season 3 Episode 5? It’s possible. Here’s why.

In tonight’s episode, Morty started showing signs that he’s getting really dark. He sat menacingly next to the Morphizer and threatened Summer’s ex-boyfriend Ethan. He talked about learning how to make that Morphizer work.

We saw in the after-credits scene that he had turned the machine onto Ethan and mutated him, leaving Ethan in terrible pain.

That seems like something only Evil Morty would do, right? Just look at his expression. It’s a lot like Evil Morty, right?

Compare the photo above with the photo of Evil Morty at the top of the story. Both have the same expression. And even tonight’s photo shows the smoke curling over the side of his face, near his eye. Evil Morty always wears a patch over that same eye, and this could be foreshadowing that.

I think Morty may be evolving into this dimension’s version of Evil Morty.

Morty is definitely evolving, one way or another. He’s figuring out Rick’s shenanigans quickly. He was able to solve Rick’s puzzles easily last week and he knew how to defuse Rick’s neutrino bomb (commenting that he’s done it a lot.) Evil Morty is always one step ahead of Rick. We may be seeing the beginning of this happening in this universe too.

Perhaps Morty will get so tired of Rick (and his parents) that he decides to rebel. But he’s so smart that his rebellion might have a lot of unforeseen consequences, eventually leading him to go full out evil and become another dimension’s version of Evil Morty.

We don’t know much about Evil Morty’s background or how he came to be, or what his motivations are. In Close Rick-Counters of the Rick Kind, Evil Morty took control of Evil Rick using a transmitter under his eye patch. He killed 27 Ricks and captured and tortured Mortys.

One thing we know for sure, this is definitely turning into the darkest timeline, just like Rick promised. 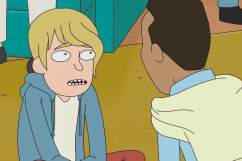 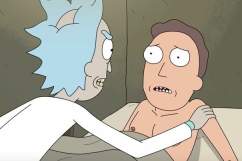