The pop singer’s account, which has the most followers on the site with 124 million, was thrown into a tailspin on Monday afternoon after a nude photo of Gomez’s ex-boyfriend Justin Bieber was posted.

Things were made even worse with the shocking caption, which read: “LOOK AT THIS N**GA LIL SHRIMPY.” The photo was pixilated, but the caption, which includes several laughing emojis was aimed at Bieber’s pixilated areas. Variety reports that the photo is the same one that was published after the singer’s vacation in Bora Bora in 2015.

Check out screenshots of the hack below.

Gomez and Bieber dated sporadically between 2010 and 2012, during which time there were several allegations of cheating from both parties. Their eventually split in November 2012 was not an amicable one, according to Rolling Stone, and the two has not continued their friendship. Gomez is currently dating R&B singer The Weeknd.

Fans were rightfully perplexed by this graphic post, and many took to Twitter to voice their confusion over what Gomez was thinking. “Someone hacked Selena Gomez’s IG that has 125m followers and posted Justin Biebers [sic] nudes. Savage.” wrote one user, while another tweeted out “Selena Gomez is hacked and I’m laughing and also feel sorry and omg.”

Check out some best social media reactions below, which range from laughter and shock to sheer confusion at seeing a nude Bieber pop up on their Instagram timeline.

Within minutes of the post going live, however, Gomez’s Instagram was deleted. According to MTL Blog, this was done to flush the hackers from off the account before they posted any more inappropriate content. The hackers in question also changed the name on Gomez’s account from Selena to “Islah Gomez.”

Gomez has since regained control of her account, restoring her rightful name as well as the the photo and video posts that were briefly wiped from the site. The Bieber photo has also been taken down.

Selena Gomez IG account is back to normal guys, there's nothing to worry about ?? pic.twitter.com/KlECw6dWkZ

The title of most-followed celebrity on Instagram was briefly passed to singer Ariana Grande, who has 113 million followers, but Gomez managed to reclaim her title in less than ten minutes. Her follower count is back up to 125 million. 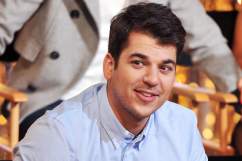