Getty Chris Cornell's biography, titled Total F@&king Godhead: The Biography of Chris Cornell is set to be released in 2020, according to author Corbin Reiff.

Chris Cornell’s biography, titled Total F@&king Godhead: The Biography of Chris Cornell is set to be released in 2020, according to author, Rolling Stone and Billboard writer Corbin Reiff. Reiff announced the news in a series of tweets, saying: “I’ve spent the last year conducting interviews and doing research and can’t even begin to describe how excited I am to kick the tires on this.”

Jack Endino, the legendary producer who worked on Soundgarden’s early recordings, and Seattle music critic Dawn Anderson, who was the first person to ever review the band’s music back in 1986, are among those that Reiff interviewed for the book. It is unclear if Reiff has spoken to any of Cornell’s friends, family or bandmembers.

Had a great chat with Dawn Anderson today, the first person to ever review Soundgarden’s music.
Here’s her write-up of the DEEP SIX compilation in the Seattle paper The Rocket in 1986. pic.twitter.com/6cs3Op8FBt

“I’m beyond stoked to reveal that I recently finalized the deal to write my next book, a biography on Chris Cornell titled TOTAL F@&KING GODHEAD!” Reiff also wrote on Twitter.

Cornell was pronounced dead on May 18, 2017 after being found unresponsive in his Detroit hotel room the previous night. Lorazepam was found in Cornell’s system at the time of his death, a toxicology report revealed. According to the report, Cornell had Naloxone, Butalbital, Lorazepam, Pseudoephedrine, and barbiturates in his system when he died. Coroner’s investigators ruled Cornell’s death a suicide by hanging.

A tribute concert to Cornell is in the works, and Metallica and the Foo Fighters are among the cast of musicians who will honor Cornell with a special tribute performance called “I Am The Highway: A Tribute To Chris Cornell.” The concert will take place at The Forum in Los Angeles, California on Wednesday, January 16, 2019.

I AM THE HIGHWAY: A TRIBUTE TO CHRIS CORNELL

Cornell’s former bandmates in Soundgarden, Audioslave and Temple of the Dog will also perform at the show. Late-night TV host and comedian Jimmy Kimmel will host the event, and will feature several surprise guests, according to Blabbermouth. All proceeds from the show will benefit the Epidermolysis Bullosa Medical Research Foundation (EBMRF).

Foo Fighters frontman Dave Grohl told New Zealand’s The Rock FM that “the hardest part” about Cornell’s death was the loss of a friend. “Chris was such a beautiful guy, man — he was the sweetest person, he was so talented, he had so much to offer — that it was a real shock to hear that he had gone,” he said.

Grohl, who also lost Nirvana bandmate and close friend Kurt Cobain to suicide in 1994, continued: “I think that mental health and depression is something that people should really take seriously. And there’s a stigma attached to it, which is unfortunate, because just as you take care of yourselves in every other way, I think it’s important that people really try to take care of themselves in that way too. And it ain’t easy. You know, life’s hard.” 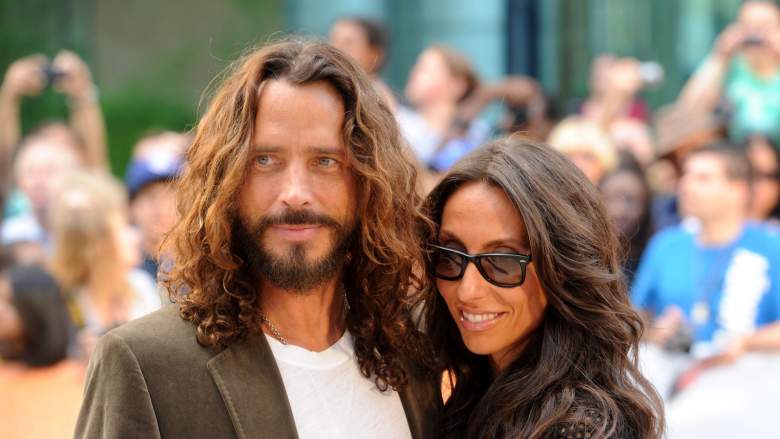 Chris Cornell’s widow is suing her late husband’s doctor for malpractice, according to a report by TMZ. Vicky Cornell filed a lawsuit accusing the physician of over-prescribing drugs that eventually caused the singer to commit suicide, according to the lawsuit. Vicky Cornell said that, immediately following her husband’s death, she considered the prescription drugs he was taking drove him to take his own life. She said that there were no signs he might commit suicide leading up to his death, according to NBC.

“At the time of his death, Mr. Cornell had everything to live for and was planning a future of recordings, performances and continued work as a charitable activist,” the lawsuit says.