NBC features a New Year’s Eve special each year, with hosts including Carson Daly again this year, counting down the minutes until 2019 tonight. Prior to the show starting, Kathie Lee Gifford and Hoda Kotb will discuss memorable events from 2018, with several celebrity guests on A Toast to 2019! Recently, Gifford announced that she would be leaving her longstanding career as a co-host on the Today Show. Tonight, though, she is front and center with her fellow NBC correspondents. For those who would like to check out all of NBC’s live coverage tonight, but do not have a cable subscription, you are still in luck. If you don’t have cable or can’t get to a TV, you can watch a live stream of NBC on your computer, phone or streaming device via one of the following cable-free, live-TV streaming services:

NBC (available live in most markets) is one of 75-plus channels included in the main Fubo bundle. You can sign up for a free 7-day trial right here, and you can then watch a live stream of the show on your computer via the FuboTV website, or on your phone (Android and iPhone supported), tablet, Roku, Apple TV, Amazon Fire TV, Chromecast or other supported device via the FuboTV app.

In addition to a massive on-demand streaming library, Hulu also offers a bundle of 50-plus live TV channels, including NBC (available live in most markets). You can sign up for “Hulu with Live TV” right here, and you can then watch a live stream of the show on your computer via the Hulu website, or on your phone (Android and iPhone supported), tablet, Roku, Apple TV, Amazon Fire TV, Chromecast, Xbox One, PlayStation 4, Nintendo Switch, Echo Show or other streaming device via the Hulu app.

NBC (available live in select markets) is included in the “Sling Blue” channel package. You can sign up for a free 7-day trial right here, and you can then watch the show live on your computer via the Sling TV website, or on your phone (Android and iPhone supported), tablet, Roku, Apple TV, Amazon Fire TV, Chromecast, Xbox One or other streaming device via the Sling TV app. 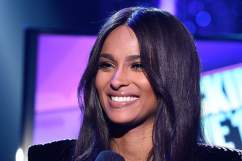 Tonight, Kathie Lee Gifford and Hoda Kotb will welcome celebrity guests for A Toast to 2018! Some of the stars expected to appear with Kotb and Gifford include Michael Bublé, Ellie Kemper, Kenan Thompson and Busy Philipps, as reported by The Washington Post. When it comes to the New Year’s Eve from Times Square coverage, Carson Daly, Chrissy Teigen and Leslie Jones are the main hosts, according to the New York Times. Last year, NBC took a break from live New Year’s Eve programming, focusing more on football, but, this year, the special is back.

The NBC New Year’s Eve special will feature performances from Jennifer Lopez, host Chrissy Teigen’s husband John Legend, Kelly Clarkson, Andy Grammer, Diana Ross, Blake Shelton, as well as Keith Urban and Brett Young from Nashville. Ahead of tonight’s big event, Teigen told TV Insider that she’s excited to be hosting the live event. She exclaimed, “It will be exciting! I’m comfortable when I’m hosting with people who know what they’re doing. I’m just there to provide color and have a good time … It’s amazing, especially in Times Square. There’s so much beauty in seeing the crowds come together and the ball drop and the confetti fall. It’s a big deal to celebrate the year you’ve just had and say goodbye to it. I do get a little nostalgic and emotional about it.”

The Toast to 2018 special will air from 8 – 10 p.m. ET and it will be followed by the NBC New Year’s Eve live coverage from 10 to 11 p.m. ET. Then, programming will break for the local news, but will pick back up with live ball dropping coverage from 11:30 p.m. to 12:30 a.m ET, according to The Washington Post. Tune in to check out all the performances, commentary, fun moments, and, of course, the famous ball drop in New York City.