James Kennedy and Raquel Leviss’ split may not be so amicable after all. The “Vanderpump Rules” stars ended their engagement while filming the season 9 reunion in December.

At the time, they released a joint statement on Instagram that said: “After these 5 wonderful years we had together, we decided we have two different goals and made the decision to call off the engagement. We love each other very much, but we aren’t in love anymore. We want nothing but the best for each other so please keep any thoughts positive. Sending Love.”

But less than two months later, there seems to be no love lost between the exes.

James Kennedy & Raquel Leviss Posted Shady Messages About One Another

On January 24, the day before the first part of the “Vanderpump Rules” reunion aired on Bravo, Kennedy was seen holding hands with a mystery brunette woman while celebrating his 30th birthday with friends in Las Vegas, according to Life & Style.

The next evening, Leviss posted photos of herself at a reunion watch party— which also served as an “unengagement party.” In one photo, Leviss sipped on a cocktail while using a penis-shaped straw. “Penis straws ftw,” she captioned the pic, adding the hashtag #unengaementparty. Leviss was also seen on her Instagram story popping an engagement ring-shaped balloon.

Fans may recall that during the 9th season of “Vanderpump Rules,” Kennedy said he didn’t want Leviss to have a bachelorette party that included “tacky” penis straws or strippers. During the reunion, Leviss gave her engagement ring back to Kennedy.

After some followers accused Leviss of being mean with her posts, she responded, “After seeing how quickly James has moved on, I think I’m allowed the freedom to act on whatever my heart desires. I’m no longer taking into account other people’s concerns before my own.  Those days are dead and gone. Hello 2022.”

“Some people think what I did last night was bada** while others think it was cruel and heartless,” she wrote on her story. “I did what I did to support MY NEEDS and my needs only. … I don’t feel guilty about reposting this because we all need closure in a breakup.”

But after Kennedy caught wind of his former fiancé’s posts, he clapped back.  In a comment that was screenshot by the @pumprules Instagram account, Kennedy wrote, “Drinking every night and sucking on penis straws… looks like I’m the one that truly ‘dodged the bullet.’ And let’s not get it twisted it’s always MY year.” 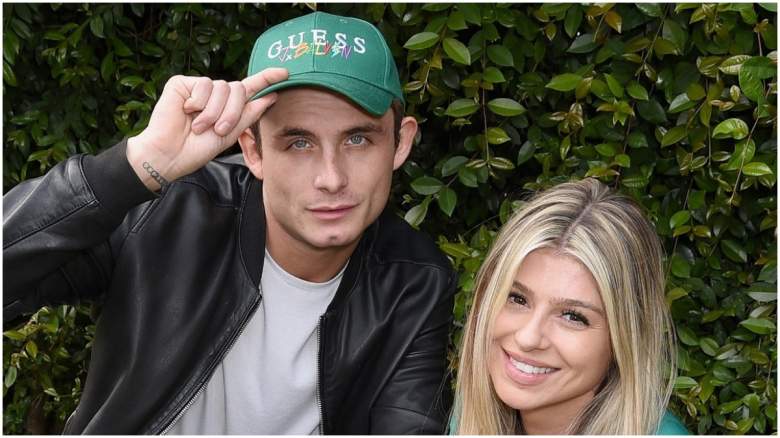 On the “Vanderpump Rules” reunion, Kennedy and Leviss revealed they came to a joint “conclusion” to break up after they realized that they were not soulmates. But Leviss noted that some of the happiest moments of her life were spent with Kennedy, and he called her his “best friend.”

During an appearance on “Watch What Happens Live” on January 11, 2022, Kennedy told host Andy Cohen, “Raquel and I still remain friends after the breakup. …Everything’s pretty good right now as far as Raquel and I talking and stuff. There was no big fight or anything.”

He also said he hoped to “hang out” with Leviss soon so he could spend time with the dog they once shared.

Instead, Kennedy seems to be hanging out with a mystery date. His “Vanderpump Rules” co-star, Scheana Shay,  told E! News Daily Pop that she knows who the woman is. “I don’t even want to give her, like, any clout,” Shay said. “She’s a fan.”