Lala Kent said she hopes to see past  “Vanderpump Rules”  star back on the show at some point.

In an interview with Hollywood Life, the Bravo star reflected on the fired former cast members, which includes veteran stars Stassi Schroeder and Kristen Doute.  The ex-SURvers were fired from the show due to their past racially insensitive behavior. Six months later, Jax Taylor and Brittany Cartwright also left the show.

In the new interview, Kent said the show is still “great,” but she admitted that things are not the same for season 9.

“We obviously miss them tremendously,” Kent told Hollywood Life of her former castmates.

The “Give Them Lala” author added that she “really” hopes that the old gang can return to the show in the future, especially Schroeder and Cartwright, who, like her, both had babies earlier this year.

“I really want moments like that to become teachable for everybody and I would obviously welcome them with open arms should that ever be a conversation,” she said.  “I’ve seen both Brittany and Stassi as moms. It’s so beautiful and amazing to watch them. I wish that other people could see how their lives have changed and how different our relationships are now that we’ve added kids into the mix. Four moms, I think it would be such a fun thing to show.”

Ariana Madix Does Not Agree 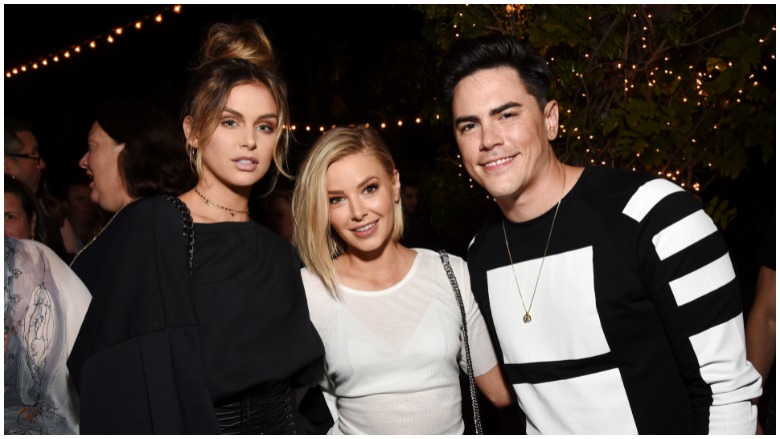 Kent previously told the “Behind the Velvet Rope with David Yontef” podcast that filming without her whole friend group felt strange.

“It’s s hard when your job is also like hanging out with your best friends and then they’re no longer a part of it,” she said of filming the 9th season of the show. “It just, it changes…. A piece of my friendship pie is gone and that’s really hard.”

But while Kent is missing her former castmates, co-star Ariana Madix said she likes the “fresh” vibe of the show without the scene-stealing veterans.

“One is not better than the other but it does feel exciting and different [without them],” Madix admitted to Page Six. “I do think it has potential to show a different side of everybody. They used to cut to their interviews and it would be them narrating this moment that meant a lot for both of us.”

Madix noted that the smaller cast leaves “more room” for moments for the rest of them.

“Vanderpump Rules” boss Lisa Vanderpump has said multiple times that she feels the fired cast members should have been able to do penance on TV.

“I would have preferred to chastise them and see them learn from their mistakes as we’ve seen so many youngsters do on the show. But that was Bravo’s decision,” she told Page Six about the firings.

During an appearance on “The Skinny Confidential’s Him & Her” podcast, Vanderpump said Schroder and Doute’s actions, which included falsely calling the police on Black cast member Faith Stowers, were “stupid and ignorant” and had bad timing, but she didn’t consider the two women to be racist.

Kudos to Lala for standing by her former cast mates, I really respect the heck out of you, you walk the walk, from What’s going on in your personal life to standing by your friends… you’re something young lady, off topic, I love little mini lala Ocean, her eyebrows are to die for! I know you miss your Dad, I know he would be very proud!

Yes, bring back the original cast, everyone has done something of a racist undertone at one time or another. I remember doing things with eyes, and talking goofy “ Asian” flair, never dawned on me that Asians would find it offensive, I’m older now, I get it, it makes me cringe that I could have been so insensitive thank goodness it’s not on tape, my point is if you went back in 99.9 % of everyone’s past you’d have something on everyone! This may not have been racist, but shady and rotten to the core, who takes a photo of a man sleeping to use against him, huh, who does that, Faith seems to have gotten a pass on that entire crappy stunt! My point is none of us are perfect, we can forgive learn and move on, my vote is to bring them all back, Jax included!