Lala Kent dropped the “Rand” from her brand.

The 31-year-old “Vanderpump Rules” star, who previously hosted a podcast with her former fiance Randall Emmett, titled “Give Them Lala…With Randall,” revealed that the show will go on – solo — following her split from the movie producer.

Weeks after the celebrity couple ended their engagement, Lala shared important business news with fans and thanked them for their support.

Lala Announced the Launch of Her New Podcast 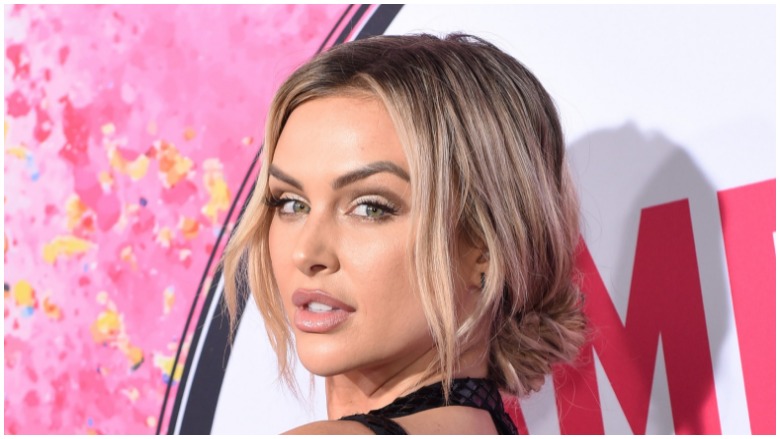 Eagle-eyed fans recently noticed that Lala had a tattoo that said “Rand” altered to say bRand new.” But her arm ink isn’t the only thing with Randall’s name on it that she is adjusting. On her Instagram story, Lala posted a video to announce her podcast relaunch.

“Babes, I am so excited to announce that I have a brand new podcast called ‘Give Them Lala’…obviously,” she said in the video shared to her social media story. “A new episode comes out Wednesday [November 24]. I hope that you guys enjoy it. I love y’all so much.”

In a separate post, the “Vanderpump Rules” star penned a message to her fans.

“I just want to say…I love and adore you all,” she wrote. “The amount of love and support I’m getting is overwhelming and beautiful. It does not go unnoticed. I feel blessed beyond belief.  My Give Them Lala Squad rolls deep and you all for damn sure don’t f*** around. Thank you, & I see you. I am forever grateful.”

Lala Posted a Description of Her Randall-Free Podcast

A post shared by Give Them Lala Pod 👑 (@givethemlalapodcast)

In addition to posting updates, Lala directed fans to the podcast’s new Instagram page. A still photo of Lala wearing a crown was accompanied by an audio message from the star.

“Hello, my loves,” she said in a clip shared on the page. “I am Lala Kent and I am so excited to introduce my brand-new podcast, ‘Give Them Lala.’ This is a space where my listeners will be heard.”

She also promised to dish the dirt, and hinted that her personal life could be a topic of conversation.

“Of course, we will always spill the tea,” she said. “We’ll gossip about relationships, sex, betrayal, but most importantly, we will all leave feeling inspired.”

Lala added that she has some “amazing guests” already lined up for her solo chatfest.

In the caption to the post, Lala teased that fans will learn more about her and her life.

“Get to know me even more as we dive deep into relationships, sex, betrayal, mental health, personal life, and business,” she wrote. ‘My top priority for this podcast is to make my listeners feel heard, understood, and inspired. To give you honesty. To give you motivation. To give you Lala.”

Fans did learn a lot about Lala in her memoir, titled “Give Them Lala.” But in the months since the book’s May 2021 publication date, enough has taken place in the Bravo star’s life that she needs to add several chapters.

In November 2021, Us Weekly confirmed that the couple called it quits amid rumors that Randall cheated. An insider said,

“Randall did not want to split but it was Lala’s decision.” The two will co-parent their baby daughter, Ocean Kent Emmett.

In response to the podcast launch, Lala’s post received comments from fans and friends, including her mom, Lisa Burningham, who wrote, “So proud of you, baby girl.”

“YES WE DONT NEED ANY MAN,” another fan wrote.