Lisa Vanderpump says her husband Ken Todd does one thing that gets on her nerves whenever they entertain at their home, Villa Rosa. Ahead of her new E! reality show, Overserved, the reality star restaurateur revealed that her husband contributes very little to their party planning and has a bad habit of arriving at the last minute to their own get-togethers.

“Well, he doesn’t really have to do anything,” Vanderpump told Bravo’s Daily Dish of her husband’s contributions to their at-home events. “He’ll just pour the wine. He probably loves it, because he literally shows up as the guest comes through the door, which, I would imagine, there’s not many husbands that’s like, ‘Let me help you chop the onion.’ No. That’s not gonna happen.’”

Vanderpump added that sometimes her husband shows up after their guests do.

Vanderpump has a passion for cooking and entertaining, as fans will see on her new dinner party series. The Vanderpump Rules queen bee revealed she put a lot of attention and detail into the food, the table settings, and even the flower arrangements that will be seen on the show—even if her husband stayed on the sidelines for the planning stages.

Vanderpump not only likes to cook but she likes to “overserve” her husband of 38 years. During the early months of the COVID-19 pandemic, the mom of two posted a “Cooking for Ken” segment to her Instagram page, according to Us Weekly.

In the video, Vanderpump wore a pink apron that said “Born to Shop, Forced to Cook.” As she took her pandemic frustrations out on a  piece of sausage, the camera then panned over to Todd, who was snoring loudly as she slept in a chair nearby.

“This is the success to our marriage,” Vanderpump told her followers. “He’s never awake. That’s how I’ve lasted 30,000 days and 14 hours.”

The reality TV veteran also shared that the secret to a good marriage is good food. 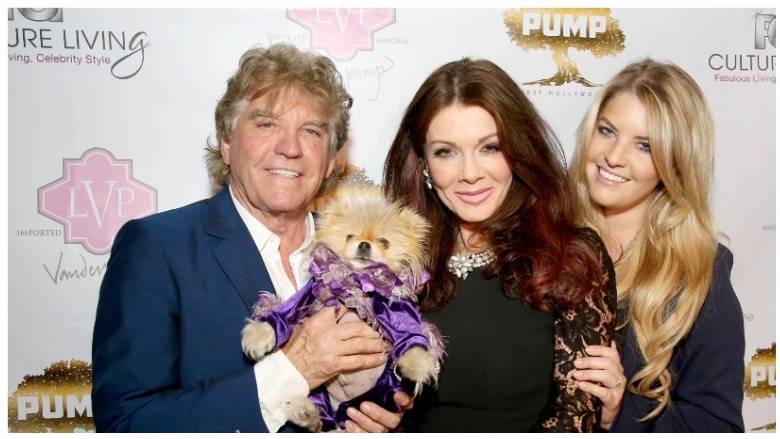 While Todd would rather sleep and be served, Vanderpump wasn’t totally solo for her Overserved dinner parties, which will feature celebrity guests that include rapper Iggy Azalea, Beverly Hills 90210 alum Tori Spelling, and Vanderpump’s boy band bestie, Lance Bass.

Vanderpump told Us Weekly she had been “cooking up a storm with [my daughter] Pandora, making really beautiful things and really experimenting” when producers approached her about doing a show during the pandemic.

“We did it all ourselves,” Vanderpump said of the dinner parties she hosted with her daughter, whom she described as “a chip off the old block.”

Vanderpump also told E! News she had a blast producing the show.

“It was about having a really good time and Pandora and I went above and beyond to make it as exquisite as possible and every week it’s a different theme,” she teased.

Loading more stories
wpDiscuz
0
0
Would love your thoughts, please comment.x
()
x
| Reply
The 'Overserved' star has one complaint about her husband.