Melissa Gorga put a stop to her husband’s comedy show — just in time.

The “Real Housewives of New Jersey” star recently stopped her husband Joe’s disastrous comedy routine from continuing when it was clear he was bombing. TMZ shared a video clip of Joe’s stand-up gig at the Governor’s Comedy Club in New York City.  The gig was held in mid-November and featured special guest, comedian Mike Marino, per AARP.

In the video posted by TMZ, the RHONJ husband repeatedly yelled and cursed at the audience and didn’t actually finish any jokes. As the crowd began to chant and turn on him, Melissa jumped on stage to put an end to her man’s embarrassing set.

“I don’t know what they gave you backstage, babe,” Melissa said as she yanked her husband from the stage.

She then addressed the crowd directly in an attempt to help her husband save face.

“I gotta be honest,” the RHONJ star told the audience. “I swear to you usually, he cracks us up. He has a routine that makes us all laugh in tears every night. That I promise you.”

A rep for Joe told TMZ that he was “sick that day” with a cold and that a mix of Sudafed and a couple of alcoholic drinks “hit him when he went on stage.” The rep added that Joe even made a joke about his ill-fated gig during a follow-up show the next night that presumably went better.

On social media, commenters reacted to the clip, with some of them wondering what the dad of three was thinking during his set.

“What on earth makes him think he is funny!!!” one Twitter commenter wanted to know.

“No comic’s wife says- or has ever said – ‘he does the same routine for us at home every night and we love it,’” another wrote.

“Stay in your reality lane which is basically just having cameras follow you around selling your family’s privacy for a check,” another critic wrote on Twitter. “You are not entertainers, you have no talent.” 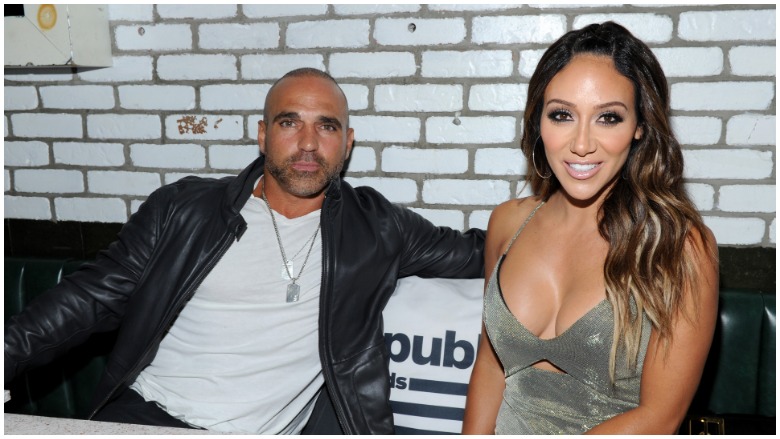 GettyJoe Gorga and Melissa Gorga in 2018.

While the Governor’s Comedy Club show didn’t go as planned, Joe Gorga has headlined more successful stand-up dates in the past. He first started performing comedy in 2019 when he appeared at a special stand-up show called “The Real Italians of Comedy” in West Nyack, New York, according to Page Six.  He has also performed stand-up at the Hard Rock Hotel & Casino in Atlantic City and at Caroline’s on Broadway and has booked a tour that will take him to multiple big cities in the U.S. and to Canada.

Melissa has been supportive of her husband’s dive into a comedy career. In an Instagram post shared in 2021, she posed with Joe outside of the iconic Caroline’s comedy venue and wrote, “If someone told me 10 years ago that @joeygorga would be performing comedy live on Broadway one day I would never believe them. Proud wifey!! Reach for the stars everyone!”

Not surprised at the mean reviews. People love to throw tomatoes as much as they love to laugh. I’ve heard many a successful comic tell horror stories of bombing onstage. It takes great courage to do standup. There’s no guaranteed how-to handbook. The performer learns onstage through those very fails. I hope Joe continues. Saying he should go back to being a reality star is below the belt. I hope, and expect it will just serve as fuel to further his endeavor. Melissa is a sweetheart for coming to his aid.