The first new weapon of Fortnite Season 8 is here and it comes as part of a secret update that was not previously announced.

The v18.10 content update released on October 5, and while it didn’t require any downtime for players, there is still something good to look forward to.

These Dualies were seen in the Season 8 trailer, but they curiously didn’t release with the start of it. That meant that it was just a matter of time before players could get their hands on them.

If you’re somebody who doesn’t like to frequent the Sideways all that much, you might be wondering if the trip is even worth it. Let’s take a look at this gun’s stats.

The Dual Fiend Hunters Crossbows have been enabled! pic.twitter.com/WWCGzvJaOJ

These special crossbows will pack a decent punch, but are they enough to warrant picking up for a time or so.

A tweet from Fortnite leaker FireMonkey reveals the full stats of the gun, and at first glance, it doesn’t look like it’ll be holding an important spot in anybody’s inventory, which is sad to see for a new gun. With that said, it’s definitely capable of getting an elimination or two, but carrying it over extra healing or a shotgun? That remains to be seen.

At just 31 damage, it’s not the strongest gun in the world, and it seems like it’d be better served just sitting in your inventory or on the ground, but your mileage may vary.

It does say this weapon will do massive damage to Fiends, so if you like to jump into the Sideways and fight the fiends, then this seems like the weapon you’ll want to be wielding.

All in all, it’s going to come down to you on whether you’ll want to be using this weapon. 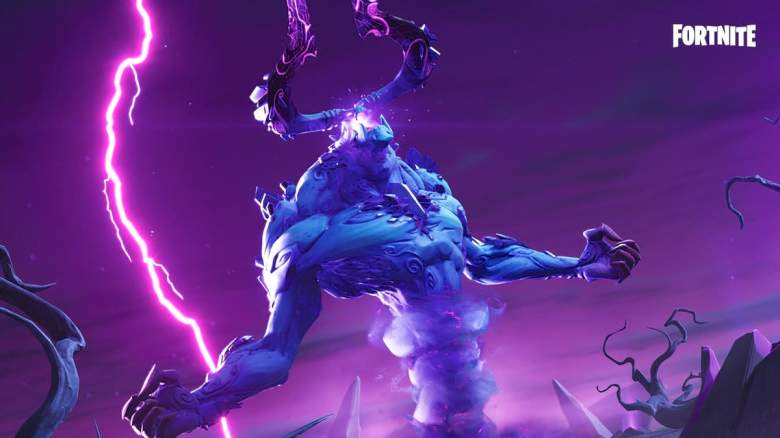 All throughout October, Epic is adding more Fortnitemares surprises to the game in honor of Halloween.

We know that Frankenstein’s Monster will be hitting the Item Shop on October 5, and he’ll eventually be joined by fellow Universal Monster The Mummy. On top of that, we’ll be seeing the return of past Halloween skins, so this is certainly a fun time of the year for Fortnite players.

We’re still at the beginning of October, so there’s plenty of time left for all of this to play out. We don’t know about you, but this really does feel like the best time of the year.

One thing we’re hoping to avoid is the Fortnitemares event from last year where players came back as zombies right away and just landed on whoever eliminated them. That got old very fast and with it taking over the whole game, it was not all that fun to play.

Time will tell what Epic Games has in store for us this time around.