The tornadoes that we saw in the Fortnite Chapter 3 trailer have finally arrived in the game as part of a new hotfix.

The January 11 hotfix added tornadoes and lightning to the game, but instead of being afraid of these new massive weather events, Epic is encouraging players to embrace them. In real life you’d definitely want to avoid situations like this, but there are plenty of benefits to being hit by lightning or being sucked up by a tornado in Fortnite.

This is one of the biggest updates we’ve seen in Fortnite so far this season, and it’s not even the big patch that comes with downtime.

Let’s take a look at what these new tornadoes can do.

Read all about some new weather arriving on the Island.https://t.co/hl7C7gKV0g pic.twitter.com/wqiGcSZM3X

If you come across a forming tornado, instead of getting out of the way of it, you might want to consider going into it because you can get sucked up and use it as a way to rotate.

“If you see a tornado start to form, that’s no signal to flee,” says the blog post. “Instead, run into it as a swirling escape strategy! You’ll spin round and round ‘til you choose to glide to safety — or if you stay spinning long enough — ‘til the twister spits you out. Don’t worry: you won’t take fall damage if you get hurled.”

You’ll be able to find the tornadoes by keeping an eye on the skies. You;’ll see a dark cloud and then a funnel coming out of it, so it’s quite hard to miss if you’re actually looking for one. However, the lightning might be more common to come across, and you shouldn’t fear those strikes either. 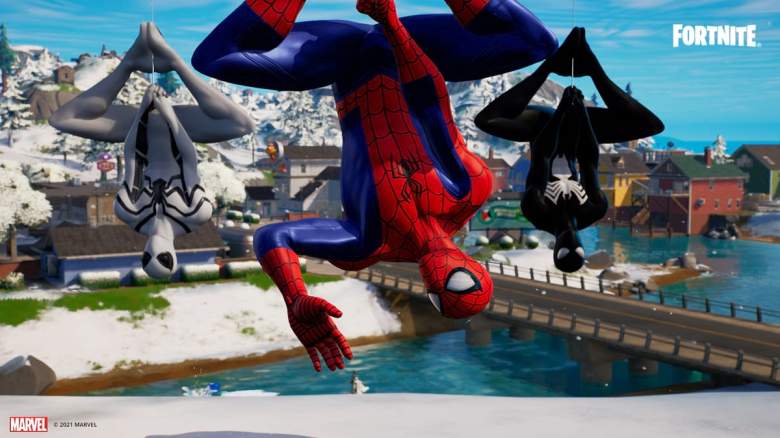 The lightning works a bit different than the tornadoes do because getting struck does damage you, but it also gives you a small speed boost. It’s similar to eating a hot pepper, so consider getting struck once or twice to see if you like it.

Here’s how Epic explains it:

If you see a dark cloud start to form, that’s not necessarily a signal to flee either. Sure, the lightning from it deals a small amount of damage (and sets the surrounding area on fire) but the power of its shock gives players a temporary speed boost.

How to increase your chance of getting struck by lightning? Jump into a body of water beneath the cloud, or reach the highest land point under it! Lightning doesn’t strike twice back-to-back — once you’ve been struck, lightning won’t strike you again right after.

Standing in water will make you more likely to be struck, so if you’re really trying to get hit, give that one a try. Another simple way to get struck is to build up to the cloud itself and meet the bolt at its source.

To top it all off, tornado week kicks off today and runs until January 17. This means that tornadoes have their highest chance of spawning in a game so players get to experience the new content.

For right now, you won’t be seeing any of this in a competitive playlist.

READ NEXT: How to Refill Spider-Man Web Shooters in Fortnite