The body of a respected federal prosecutor in Miami, Beranton Whisenant Jr., washed up on a Hollywood, Florida beach, and it’s still a mystery how he died.

The cause of death – including whether Whisenant was murdered – was still under investigation. However, The Miami Herald reported that the death “is being investigated as a crime” by the Hollywood Police Department.

According to ABC News, the 37-year-old prosecutor’s body bore a head wound.

In 2013, CNN quoted an expert who called murders of prosecutors in the United States “beyond rare,” and reported that “only 13 prosecutors have been killed in the line of duty in the past 100 years.” Murders of federal prosecutors are rarer still, although it’s not clear yet what happened to Whisenant.

1. Whisenant’s Body Was Found on the Beach by a Passerby & He Was a Married Father 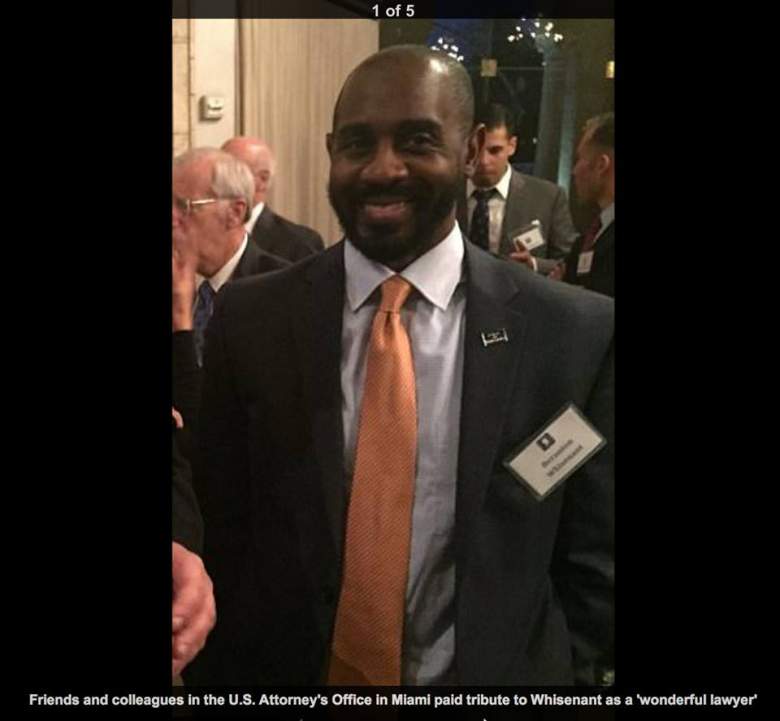 The federal prosecutor’s body was discovered lying on the city beach on Wednesday, May 24. His body had washed up on the beach, and The Miami Herald reported that it’s not clear whether he died there.

“Whisenant may have suffered a head wound caused by a possible gunshot or other type of trauma,” The Herald reported.

A passerby alerted police to the body, reported The Associated Press.

According to ABC News, Whisenant was married and was a father of three. “Whisenant lived in Miramar with his wife, Ebony, a physician who teaches at Florida International University’s College of Medicine,” reported Miami Herald.

The Miami Herald noted that the investigation was still preliminary and cautioned that, if the case were a murder, authorities would more likely be sounding an alarm and hunting for suspects. However, it has not yet been publicly released how Whisenant died.

The man who took the above photo and shared it on Facebook wrote, “Many of us knew Beranton Whisenant well enough to call him a friend. His future was very bright.”

2. Whisenant Was a Prosecutor in the Major Crimes Unit in Miami Who Handled Immigration Cases

Whisenant was handling some serious cases for the federal prosecutor’s office in Miami. PACER, the federal court record website, lists him as an attorney in 39 cases. Not all of those date from his time in the U.S. attorney’s office, but there are a number of May filings listed.

Whisenant was assigned to the Major Crimes Unit. His LinkedIn page says that Whisenant had only been in the U.S. Attorney’s office for five months.

According to ABC News, Whisenant “had been working on visa and passport fraud cases, according to court documents.”

An eyewitness told NBC Miami of finding the body: “When the tide came in he obviously was caught in the surf and tumbling,” describing him as “very well dressed wearing a sort of a casual business shirt, black pants, and all of his personal effects were on him and that’s what we found unusual.”

3. Whisenant Was Praised as a ‘Great Lawyer’ by Colleagues

Whisenant’s colleagues in the U.S. Attorney’s office had fond recollections of him. In 2016, the Florida Bar Leadership Academy published a list of Whisenant’s accomplishments, writing, “Class III Fellow Beranton Whisenant, Jr. was not only outstanding during his time in the Academy but also a phenomenal leader in his community! He has made many accomplishments during the past year as a Fellow and we know he will continue to do so.”

Acting U.S. Attorney Benjamin G. Greenberg said in a statement obtained by the Associated Press that Whisenant was a “great lawyer and wonderful colleague.”

However, Greenberg wasn’t commenting beyond that on the death.

According to The Miami Herald, Michael Feiler, a Miami lawyer who knew Whisenant, called him “the epitome of a gentleman” and said he “possessed an exceptional legal mind.” Friends told the Miami Herald that Whisenant was devoted to public service and hoped to become a judge some day.

4. Whisenant Worked in Private Practice Before Becoming a Federal Prosecutor

According to his LinkedIn page, Whisenant had a career in private practice before joining the U.S. Attorney’s office.

“I serve as an Assistant U.S. Attorney for the Southern District of Florida. Before joining he U.S. Department of Justice, I was a partner in the Miami office of Foley & Mansfield, PLLP where I focused my legal practice in civil litigation, product liability, contracts, personal injury, wrongful death, and medical malpractice defense,” Whisenant wrote on LinkedIn.

“Before joining Foley & Mansfield, I served as an Assistant State Attorney in my hometown of Jacksonville, Florida.”

A friend wrote on Facebook, “My condolences go out to the family and friends of Beranton Whisenant, Jr. His passing leaves a hole in the legal community’s heart and soul. Rest In Peace my brother.”

Whisenant was a respected member of the legal community in Florida.

He also taught at the college level.

“I am a lecturer at the University of Miami Paralegal Program where I teach procedure and contract law,” he said on LinkedIn. “I have served as a guest lecturer at the University of Miami School of Law and Florida Coastal School of Law and I have presented as a speaker at several continuing legal education courses on the topics of civil procedure, jury selection, trial skills, discovery, deposition techniques, criminal procedure, ethics, civility, and professionalism.”

He received his law degree from the University of Florida, where he served on the Honor Code Committee, was president of the Legal Team, and was in the Phi Alpha Delta fraternity. He also studied at the University of Cape Town. Throughout his life, he was a volunteer for Habitat for Humanity and did pro bono legal work.

Loading more stories
wpDiscuz
54
0
Would love your thoughts, please comment.x
()
x
| Reply
Beranton Whisenant, a federal prosecutor of major crimes in Miami, washed up dead on a Hollywood, Florida beach. The cause of death is under investigation.