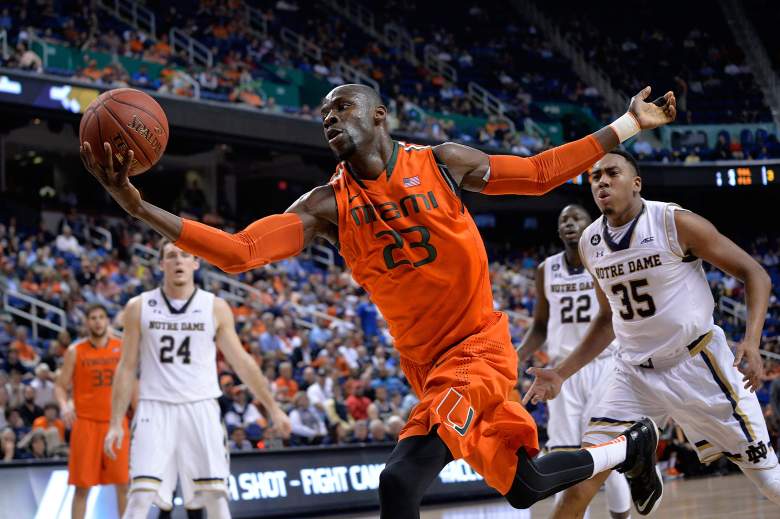 Tonye Jekiri and the Miami Hurricanes are in the NIT Quarterfinals. (Getty)

Vanderbilt, Miami and Temple are into the NIT quarterfinals and are a win away from punching their tickets to Madison Square Garden.

The tournament continues Sunday night when two more teams will make the quarters.

The semifinals and final will be held at MSG in New York City on March 31 and April 2, respectively.

Take a look at the bracket below: 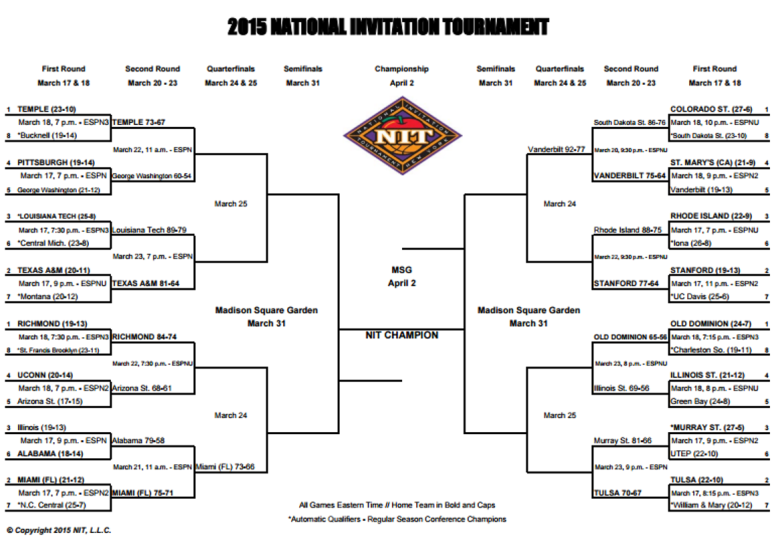 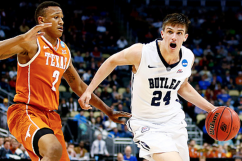 Read More
Basketball, College Basketball
Temple, Miami and Vanderbilt are each a victory away from making the NIT Tournament's semifinals at Madison Square Garden. Take a look at the bracket here.