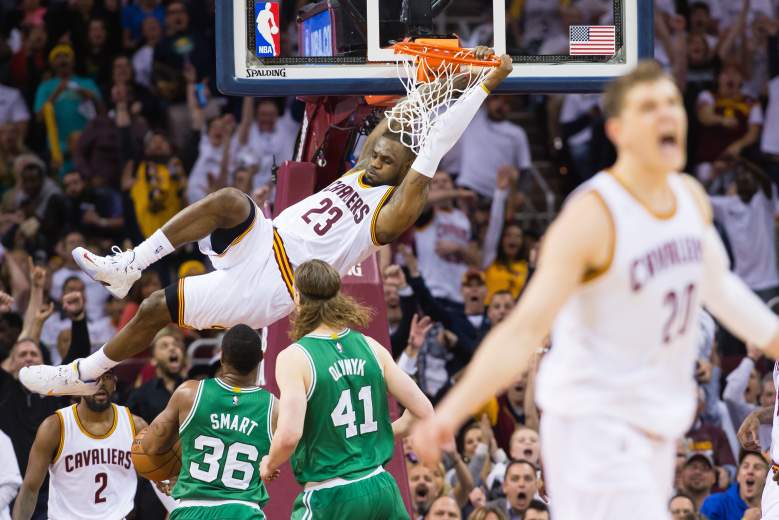 LeBron James dunks for 2 points in the Cavaliers’ Game 2 victory over the Celtics. (Getty)

The Boston Celtics are in a bit of a hole.

Down 2-0 in their first round NBA Playoff series to the the Cleveland Cavaliers, the Celtics get a chance to pick up a much-needed victory in front of their home fans Thursday evening. Boston lost the first 2 games of the series by a combined 21 points in Cleveland.

The game tips at 7 p.m. from Boston’s TD Garden and will be televised by TNT.