Chances are you’re not going to be teeing it up this week at TPC Sawgrass with the PGA pros at The Players Championship. But what if I told you could still make serious money in the tournament without getting off your couch?

Heavy’s partners at DraftKings are running a $100,000 Players Championship contest that’s free to enter for first-time players. Think you know golf? Sign up now for a chance to win.

With the golf season in full swing, DraftKings has rolled out a number of fantasy contests designed to make you big bucks. So let’s take a closer look at a couple of the contests being offered by DraftKings:

The rules are simple: Fill a lineup of 6 golfers with a fixed salary cap of $50,000. The better your selected players do at TPC Sawgrass, the better your fantasy team does. The idea is to pick golfers who will not only knock in the birdies and pars, but play the entire 4 rounds. Picking a pro who misses the cut isn’t going to help.

With the U.S. Open coming up next month, DraftKings has created a contest specifically for golf’s second major of the season. With the Millionaire Maker, you can turn $20 into $1 million.

A Look Ahead to The Players Championship

This week’s field for The Players Championship is star-studded to say the least. The world’s top 2 ranked players, Rory McIlroy and Masters winner Jordan Spieth, respectively, are the most expensive for the tournament. McIlroy comes in at $13,200, Spieth $12,800.

Tiger Woods comes at a price of $8,900, but scores only 42.4 fantasy points per tournament. Is this the weekend he gets back on track? I’m not too confident in that. 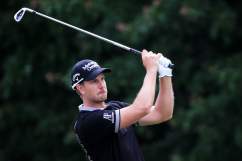 Read More
DraftKings, Fantasy Sports, Golf, PGA Tour
With The Players Championship set to tee off, DraftKings has rolled out some fantasy contests designed to win you big cash. Get the info on the contests here.