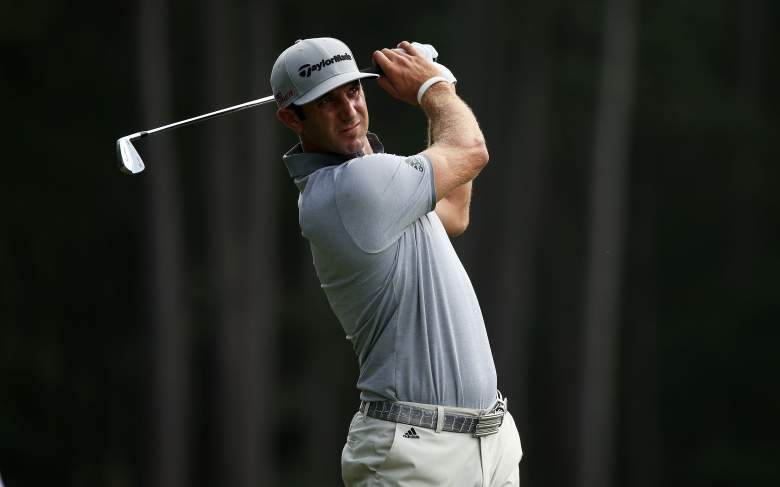 Dustin Johnson is one of the many big-named pros playing in The Players Championship. (Getty)

The field is full of the world’s best players, the purse is the richest on the PGA Tour and the course is one of the most recognizable on the schedule.

Favorites Rory McIlroy and Jordan Spieth highlight the star-studded field, which will also include Tiger Woods, who is making his first appearance since the Masters.

You can catch the the televised action on the Golf Channel and NBC. Check out the schedule below:

Of course, if you can’t be in front of a TV, there are other ways to watch, including online and on your mobile device.

Editor’s note: Heavy’s partners at DraftKings are running a $100,000 Players Championship contest that’s free to enter for first-time players. Think you know golf? Sign up now for a chance to win to the first prize of $10,000.

If you have access to a cable or satellite subscription — either yours or someone else’s — you can watch the game online for free via NBC Sports Live Extra. You’ll need a cable or satellite log-in and password to access the stream. The site’s frequently asked questions page has a rundown of technical requirements and other information. The Golf Channel will also have live coverage, but again, you will need log-in information.

Watch The Players Championship on Mobile