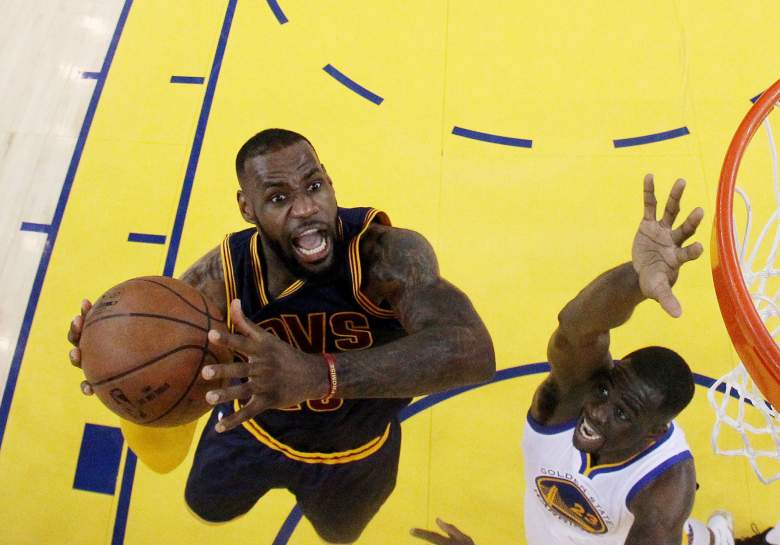 LeBron James had his second triple-double of the NBA Finals in Game 5. (Getty)

The Golden State Warriors used some big shots in the 4th quarter Sunday night to pull away from the Cleveland Cavaliers in Game 5 of the NBA Finals.

Golden State won 104-91, getting 37 points from Stephen Curry, including 17 in the final quarter. Now up 3-2, the Warriors are one victory away from their first NBA title since 1975.

LeBron James of the Cavaliers had his second triple-double of the Finals finishing with 40 points, 14 rebounds and 11 assists.

Game 6 is scheduled to tip at 9 p.m. Eastern on Tuesday, June 16, and it will be televised by ABC.

The early line is out and Golden State opened as a 4.5-point road favorite.