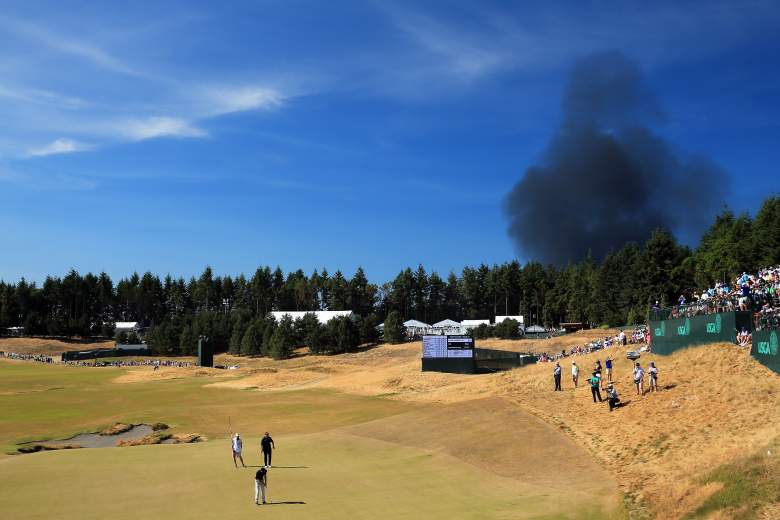 A fire broke out near Chambers Bay Golf Course during Saturday’s third round of the U.S. Open.

Smoke was sent billowing into the air, easily seen from the course. And video of the flames have emerged.

A Fire has started close to #USOpen. Stay tuned for more details. http://t.co/ASpNsDvAiI

The FOX broadcast team said the fire was not a threat to players or spectators.

Pierce County, Washington, tweeted the fire was at a repair facility at Tacoma Narrows Marina.

Smoke is from a repair facility at Tacoma Narrows Marina. Responders on scene. #USOpen2015 #USOpenChambersBay

Read More
Golf, US Open 2015
A fire broke out near Chambers Bay during Saturday's third round of the U.S. Open. Players and fans were in no danger, but check out the video here.