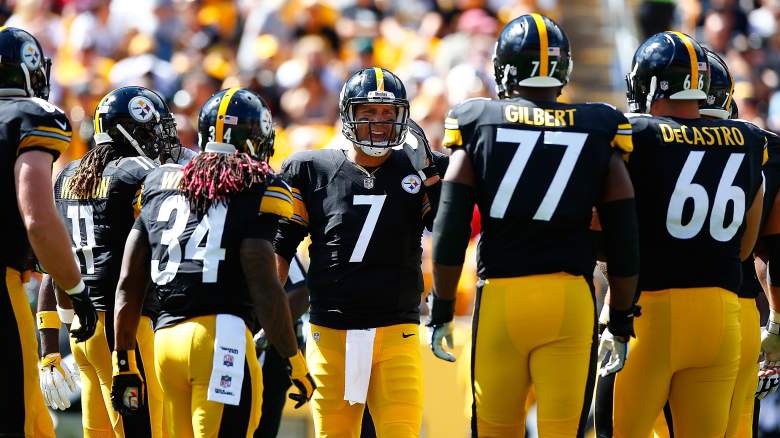 In what is one of the most compelling matchups of Week 3, the Pittsburgh Steelers (1-1) head to the Edward Jones Dome to take on the St. Louis Rams (1-1).

Oddsmakers essentially have this one as a pick’em, favoring the Steelers on the road by 1.5 points with an over/under of 48. That’s the most narrow spread of the week.

St. Louis has had similar results, going 1-1 against the spread. Interestingly enough, they beat the Seahawks straight up while 3.5-point underdogs and lost to Washington straight up while favored by a field goal. They easily went over after dropping 34 on Seattle, but the offense disappeared and they went under against Washington.

How you bet this game basically depends on who you think will control the tempo. Pittsburgh wants to move up and down the field and score as many points as possible, while St. Louis is perfectly fine in a physical, low-scoring battle.

Ultimately, the Steelers offense is just too good. They’ve been the most efficient offensive team in the NFL thus far, the Ben Roethlisberger-to-Antonio Brown connection is simply unfair and now Le’Veon Bell, arguably the most explosive back in the league, is back.

That said, St. Louis will be able to keep things close and limit the scoring. The Rams’ defensive line has the talent to throw Pittsburgh’s offense out of whack, and the addition of electrifying rookie running back Todd Gurley should help them control time of possession better.

Nevertheless, in what is expected to be a close game, you have to trust Roethlisberger and Brown more than Nick Foles and his lack of receiving weapons.