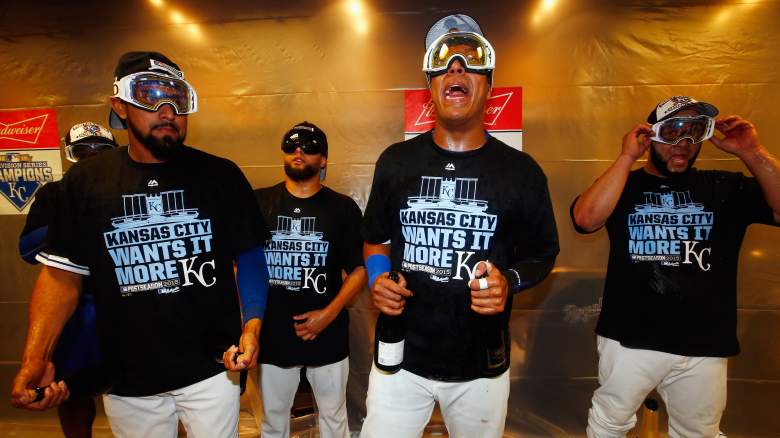 The Kansas City Royals are back in the World Series for the second consecutive season. (Getty)

And we’ve got you covered when it comes to the newest and trendiest gear for the American League Champions as they look for their first World Series title since 1985.

We’ll be updating this post as more and more apparel becomes available, so bookmark this page and check back in a few minutes.

Here’s some of the best stuff available right now at Fanatics.com:

The Royals team store at Fanatics has all the gear and merchandise you need to show your support for the back-to-back ALCS Champions.

From hats to shirts to hoodies to collectibles, the Kansas City team shop at Fanatics has dozens of items for men, women and children.

With the World Series just around the corner, Fanatics is sure to have everything you’re looking for as Kansas City looks for its first title since 1985.

These were the shirts you saw the Royals celebrating in after clinching the ALCS and now you can have one for yourself.

The officially licensed shirt is 100 percent cotton, and comes in sizes small through extra extra large.

It’s official — the Royals are the kings of the American League for the second consecutive year. And this brand new shirt let’s the whole world know.

Get the same shirt the Royals players and coaches were wearing during their ALCS Championship locker room celebration after beating the Blue Jays.

This long-sleeve from Nike is stylish and warm, perfect for the autumn weather the Fall Classic will present during the Royals-Mets series.

The 100 percent polyester shirt is officially licensed by MLB and comes in sizes small to extra extra large.

This brand new ALCS Champions long sleeve shirt will keep you warm and up-to-date with the latest Royals postseason gear.

It’s going to be a bit chilly in New York during the World Series, but you’ll stay warm with this ALCS Champion hoodie by Magestic.

It’s been 30 years since the Royals last won the World Series, but now they’re just 4 games away. Let everyone know you bleed royal blue with this pullover Nike men’s hoodie.

Keep the traditional look with this Royals hat which features a 2015 postseason logo on the side.

The officially licensed hat has an adjustable strap so one size fits most.

For the second year in a row, the Royals are playing deep into October. With this shirt you let everyone know you plan on watching more Royals baseball in October.

It’s exactly what the Royals did in the ALCS against the Blue Jays — they ruled the series. And now they’ll be looking to do that when they meet the Mets in the World Series.

The temperatures are dropping, but this New Era knit hat will keep you warm and show who you’ll be rooting for in the World Series. 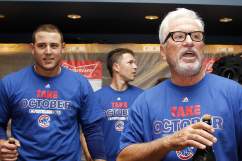