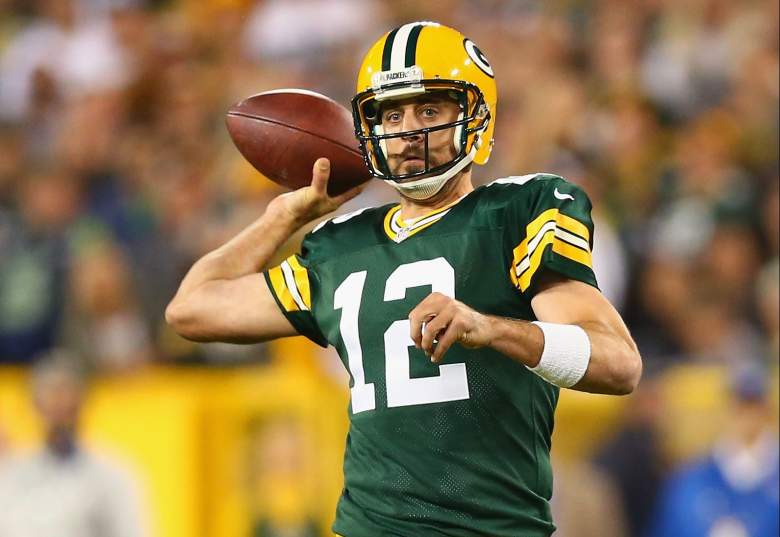 Aaron Rodgers let out an expletive after being hit following a botched snap on Thursday night. (Getty)

Aaron Rodgers limped off the field midway through the third quarter of Thursday night’s game against the Chicago Bears. The Super Bowl-winning quarterback appeared to be favoring his wrist.

Aaron Rodgers drops an F-bomb, then runs to the sideline holding his wrist. Turkey Day has not been kind to franchise QBs

He was also pretty visibly frustrated – and audiences certainly heard it. Check out the moment here, but be warned you can hear some language in the clip:

The play came after a botched snap forced Rodgers to scramble deep into the backfield with the Bears defensive line descending on him.

Scott Tolzien was seen spotted warming up on the Packers sideline shortly afterward. NBC on-air reports said that Rodgers met with the team’s orthopedic surgeons on the sidelines and had his wrist wrapped up.

Rodgers returned to the game on the ensuing Green Bay drive.